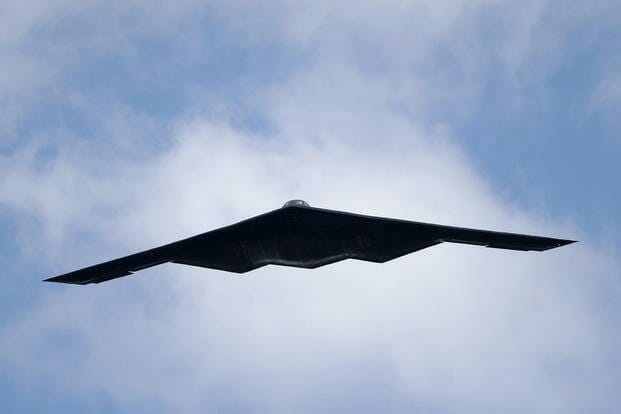 WASHINGTON — The Air Force has grounded its entire fleet of B-2 stealth bombers following an emergency landing and fire earlier this month, and none of the strategic aircraft will perform flyovers at this years’ college bowl games.

A bomber experienced an in-flight malfunction on Dec. 10, forcing it to make an emergency landing at Whiteman Air Force Base in Missouri, where it caught fire. The fire was extinguished and there were no injuries.

The standdown is significant in that there are fewer than 20 stealth bombers in the entire fleet and the aircraft provides, along with the B-52 Stratofortress, the air leg of the nation’s nuclear triad. The B-2 has been regularly deployed to the Indo-Pacific and more recently to Europe as a show of force. During the standdown the entire fleet will be inspected, 509th Bomb Wing spokeswoman Air Force Master Sgt. Beth Del Vecchio said.

The B-2 was scheduled to fly over the 2023 Rose Parade and Rose Bowl Game but it will be replaced by the B-1 Lancer, the 509th Bomb Wing said in a statement.

The B-2 stealth bomber took its first flight in 1989 and its flying-wing design formed the base of its eventual replacement, the B-21 Raider, which was introduced this month. The B-21 is scheduled to make its first flight next year.

In Sept. 2021 another B-2 at Whiteman had to make an emergency landing after the hydraulics system failed, resulting in the bomber’s landing gear collapsing. The bomber’s left wing dragged for about a mile before the aircraft came to a halt, resulting in at least $10 million in damage to the aircraft.