Air Force Official Expects Iran to Resume Attacks on US 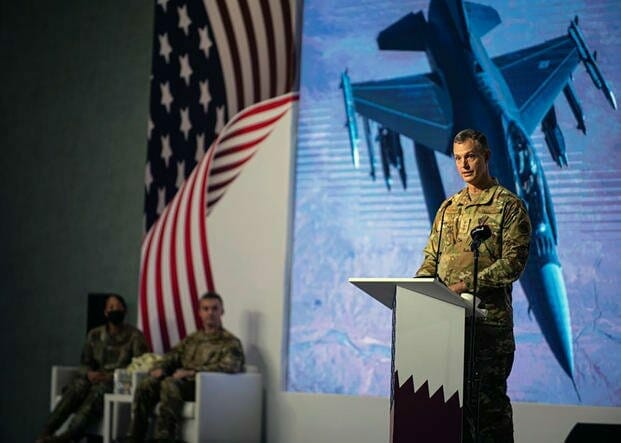 DUBAI, United Arab Emirates — The top U.S. Air Force general in the Middle East warned on Thursday that Iran-backed militias could resume attacks in the region against the United States and its allies as tensions rise — assaults that could lead to a new Mideast escalation.

Speaking to journalists before stepping into his new role at al-Udeid Air Base in Qatar, with responsibility for military operations in Iraq, Syria, Afghanistan, and across the region, Lt. Gen. Alexus Grynkewich also expressed fears over Russian and Chinese influence taking hold as superpowers vie for economic and military influence in the Middle East.

For instance, he said, recent U.S. intelligence that Iran is preparing to send Russia armed and unarmed drones to use in its war on Ukraine “is not a surprise … but it’s concerning.”

Iran’s mission to the United Nations did not immediately respond to a request for comment.

Grynkewich, who had served as director of operations at Central Command in Tampa, Florida, thousands of miles from the baking desert outside of Doha, Qatar’s capital, spoke as regional tensions remain high over Iran’s rapidly expanding nuclear program and talks to revive Tehran’s nuclear deal with world powers at a deadlock.

“We’re in this position where we’re not under attack constantly, but we do see planning for attacks ongoing,” Grynkewich said. “Something will occur that unleashes that planning and that preparation against us.”

Iran tested a satellite-carrying rocket last month, prompting the White House to threaten more sanctions on Tehran to prevent it from accelerating its advanced ballistic missile program. And last week, as President Joe Biden toured the region, Iran unveiled armed drones on its warships in the Persian Gulf.

Tehran has rapidly grown its stockpile of near-weapons-grade nuclear fuel in recent months, spreading fears about an escalation. It also has spun more advanced centrifuges prohibited under the landmark atomic accord, which former President Donald Trump abandoned in 2018.

“Everyone in the region is very concerned,” Grynkewich said.

Still in recent weeks, he said, U.S. forces have seen a reduction in targeted attacks across the region, as a tenuous cease-fire between Iran-backed Houthi rebels and the Saudi-led military coalition continues in Yemen and as an ongoing government formation process in Baghdad keeps Iran-backed militias in limbo, waiting for the political chaos to settle before they strike.

“We’re in a bit of a period of stasis,” Grynkewich said.

As other threats subside, the U.S. has sharpened its focus on containing and countering Russian and Chinese influence in the region, Grynkewich said, noting that Russia is seeking to maintain the leverage it gained from years of military intervention in the region, such as in Syria where it helped save President Bashar Assad’s government and turned the tide of the war in his favor.

Grynkewich said an apparent reversal of the military relationship between Russia and Iran — with Moscow potentially interested in procuring drones from a traditional buyer of its own military equipment — “shows a bit more of a relationship than we’d like them to have, given the context of everything going on in Ukraine.”

Earlier this week, Russian President Vladimir Putin visited Tehran on a rare trip abroad and won staunch support from Iran for the war that has plunged the Kremlin deeper into confrontation with the West.

Meanwhile, China’s significant economic inroads in the region have raised concerns about the country’s plans “to secure those interests either through arms sales or other means,” Grynkewich said. In China, many Gulf Arab states have found an investor that won’t lecture them about human rights concerns.

Despite appearances to the contrary after the withdrawal from Afghanistan, the U.S. isn’t quitting the region, Grynkewich insisted, a case Biden made repeatedly on his Mideast tour last week.

With tens of thousands of American forces stationed across the Arabian Peninsula and some still in Iraq, as well as America’s superior military power, Grynkewich said, the U.S. is trying to convince its allies that, “if you partner with us, you’re getting to get a relationship that’s much more deep and meaningful.”