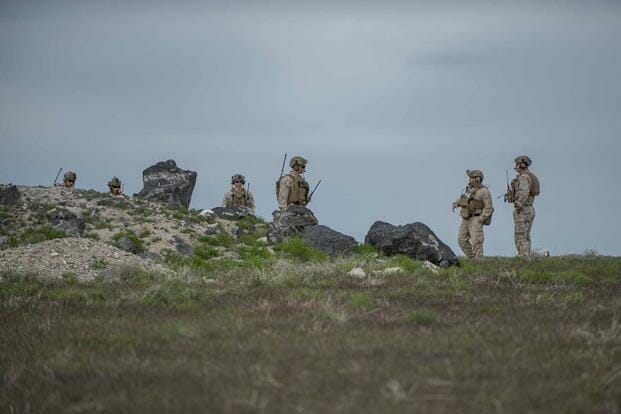 An Air Force ROTC cadet was killed and two others were injured in a Humvee accident at a base in Idaho last week, marking the latest vehicle death as lawmakers scrutinize dangerous training exercises in the services.

“Today we lost a member of our Air Force family. We express our deepest sympathies to the families and friends of all the individuals,” said Col. Ernesto DiVittorio, 366th Fighter Wing commander. “Our thoughts and prayers are with them.”

The accident happened around noon on June 24, 2022, at Saylor Creek Range, a part of the Mountain Home Range Complex, in Southwestern Idaho. Nineteen cadets were at the base for Operation Air Force, a professional development and training event, according to the Air Force release.

Specific details on what happened have not yet been released, but two other cadets were inside the vehicle with Wilson.

Fellow cadets rushed to the scene and tried to help her until first responders arrived. She was pronounced dead shortly after authorities made it to the Humvee. The two other cadets in the Humvee were transported to St. Alphonsus Hospital in nearby Boise with injuries and were later released.

Idaho State Police and the Air Force Office of Special Investigations are reviewing the incident.

The accident in Idaho marks the latest vehicle training death for the military, and comes after an extensive GAO report that pointed to failings in the service that lead to these fatalities.

A 103-page report from the Government Accountability Office, the independent investigative arm of Congress, was released last July 14 and revealed that training inconsistency and overconfidence led to deaths as well as a lack of safety personnel who can identify hazards during exercises.

From 2010 to 2019, the services reported 3,753 non-combat accidents resulting in 123 service member deaths, the report stated. Rollovers were the most deadly accident, accounting for 63% of the fatalities.

The 2022 National Defense Authorization Act required the Army and the Marines to come up with a plan to prevent tactical vehicle accidents.

But a more recent string of accidents has put vehicle safety in the spotlight again.

Two Marines died and 17 more were injured after their tactical vehicle rolled over in Jacksonville, N.C., this past January.

In April, the Army saw two fatal incidents in rapid succession that killed two and injured five others.

On April 25, Pfc. Joseph Marquez died while driving an M1083 MTV truck in a small convoy down a hill and losing control of the vehicle in Washington state, resulting in it rolling several times, according to an early report from the Army. Two other soldiers were injured. That rollover occurred at 5:40 a.m., and it is unclear whether sleep deprivation played a role, another key factor in military vehicle incidents, according to the GAO.

Spc. Luis Herrera died after he was ejected from a Humvee when it overturned during a training event at Fort Bragg, North Carolina, on April 28, according to a preliminary Army incident report. Three other soldiers were also ejected from the vehicle. Herrera was an infantryman assigned to Raider Company, 2nd Battalion, 501st Parachute Infantry Regiment, 1st Brigade Combat Team, 82nd Airborne Division.

In total, nine soldiers died in ground vehicle mishaps last year, according to a report from the Army. Those numbers were slightly down from recent years, but it was likely due to lighter training schedules amid the pandemic.

Both the proposed House and Senate versions of the 2023 NDAA include a pilot program on military tactical vehicle safety that would use data recorders, or “black boxes,” to document what happened before, during and after a crash.

Rebecca Kheel and Steve Beynon contributed to this report.