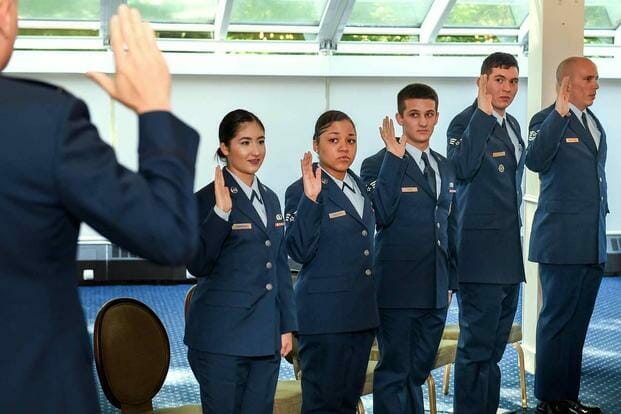 The Air Force announced that promotion opportunities for enlisted troops will significantly decrease, delivering a crushing blow to new airmen who were hoping to climb the ranks in the near future.

A press release from the service attributed the decrease in promotion opportunities to restructuring, a decrease in end-strength numbers and higher retention levels.

“Although this news may be discouraging for some, this revision is absolutely needed and allows us to grow the Air Force our nation needs,” Lt. Gen. Caroline Miller, deputy chief of staff for Manpower, Personnel and Services, said in a press release.

Read Next: 2,000 Expert Soldier Badges Have Been Awarded in 3 Years. But Do Non-Combat Units Want It?

From 2015 to 2021, enlisted end strength grew by nearly 16,000 airmen, which brought increased opportunities for promotion, the service said. This led to a large number of noncommissioned officers with little experience in the military advancing up the ranks in a short period of time.

Col. James Barger, the service’s Manpower Analysis Agency commander, said in a press release that the “majority of the experience decline was attributable to the Air Force trying to achieve an enlisted force structure with too many higher grades.”

That means “higher promotion opportunity is no longer available and will be further constrained as strengths drops [sic] by 3,000 into FY23 from its high in March 2022,” the press release said.

Opportunities to promote to staff sergeant, technical sergeant and master sergeant will be curbed. It’s not clear when or what staffing level needs to be achieved to start those promotions again.

While details of how the decrease in promotions will unfold haven’t been revealed by the Air Force, photos of PowerPoint slides leaked online show deep cuts to the number of noncommissioned officers over the upcoming years — especially staff sergeants.

Air Force spokeswoman Laurel Tingley confirmed the authenticity of the slides to Military.com and said they were “generated to inform discussions among Air Force leaders.”

The number of airmen with the rank of staff sergeant, which now hovers around 27% of the total enlisted force, will dip to 22% — a loss of roughly 14,000, of the enlisted corps by 2023, according to the slides.

By 2025 the service hopes to have 49% of the total enlisted force be noncommissioned officers and 51% consist of junior enlisted, the slides show.

News of the decrease in promotions was met with swift rebuke online at the Air Force amn/nco/snco Facebook page, a popular spot for airmen to vent.

“So the Air Force has been promoting people earlier and earlier and now doesn’t want all these NCOs and SNCOs?” one commenter wrote. “Smart.”