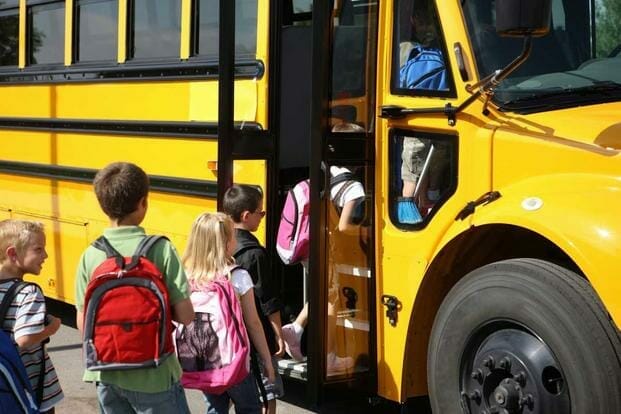 At least four active-duty airmen in Alaska are gearing up for what could be their most perilous mission yet: getting Anchorage elementary school children to class safely and on time.

Joint Base Elmendorf-Richardson and the Anchorage School District announced Friday that they had entered into an agreement to deputize airmen from the 673d Air Base Wing as school bus drivers amid a shortage that had led the district to suspend routes on a rotating basis for this school year.

National Guardsmen across the country have been increasingly called upon to fill labor shortages for everything from school bus drivers to corrections officers, despite those jobs being outside the scope of their military training.

But using active-duty service members for domestic purposes is uncommon; Alaska may be the first state to tap into its active-duty troops to drive school buses.

The decision to use active-duty airmen in Alaska comes after the state’s National Guard reportedly denied a request to fill in as school bus drivers, with a Guard spokesperson telling the Anchorage Daily News that state law “does not permit the activation of National Guard members for this purpose.” Gov. Mike Dunleavy would have had to declare a state of emergency in order to activate the Guard.

In its statement announcing the partnership, the 673d Air Base Wing framed the decision as part of the Air Force being a good community partner and helping military families at the base, known as JBER. Both of the schools the airmen will be driving to, Orion and Aurora elementary schools, are on the installation’s grounds and the airmen will not be operating off base, the statement said.

Read Next: Cost Estimate for Global War on Terrorism Memorial Balloons to $100 Million

“Partnering with the school district to help solve this challenge is about delivering a quality school experience to our JBER families and most importantly the students,” Col. Dave Wilson, 673d Air Base Wing commander, said in the press release. “I’m proud of our team and how they came together to deliver additional drivers. This truly shows the flexibility of our service members to meet the needs of our community and installation.”

The four airmen who will work as bus drivers come from the 673d Logistics Readiness Group and already have commercial drivers licenses, according to the base’s statement.

The school district will be providing bus driver training and the buses themselves. The training has already started, and the airmen are expected to be ready to drive Thursday.

The base could also provide another four airmen after the initial four are done training, the statement added.

A third elementary school on base, Ursa Minor, will not have a bus route, according to the statement.

The initial agreement between the base and the district is for 90 days, though the base raised the possibility of extending it “until the appropriate number of civilian drivers have been hired and certified.”

“We are on track to be fully staffed between now and October with these current trends and developments,” school district Superintendent Jharrett Bryantt wrote in a letter to parents and staff announcing the agreement with the base. “However, we are still in need of bus driver applicants.”