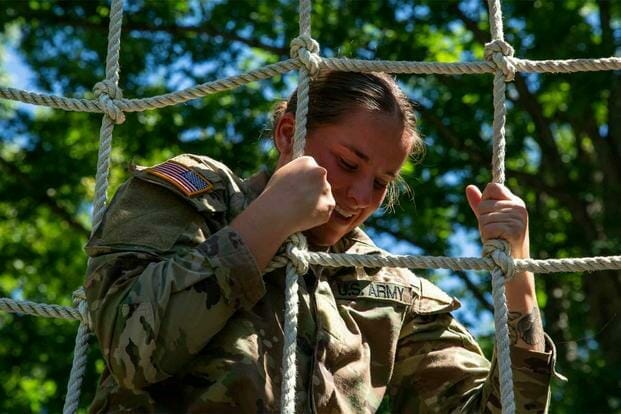 Base exchange stores have mostly run out of hot weather uniforms for women due to a contract dispute that has halted production, according to the Defense Logistics Agency.

The shortage comes as the Army and Air Force wrangle with Golden Manufacturing Co. Inc., which was awarded a $22.6 million contract by the Defense Department in April 2021 to produce trousers for the services.

The shortage in weather-appropriate clothes for female troops comes amid a summer heat wave that has scorched many areas of the country with unusually high temperatures. The Improved Hot Weather Combat Uniform is a coveted commodity in the military community because many bases are located in hotter parts of the country.

Read Next: Florida Man Accused of Driving to Space Force Base in Stolen Truck to Warn of Aliens

“Due to a protest of the award, the company had to halt production. Golden Manufacturing Co. produces other military clothing items, however these were awarded under separate contracts so production is not affected by the protest,” Michelle McCaskill, a spokesperson for the Defense Logistic Agency, wrote in a statement to Military.com.

It’s unclear what led to the contract protest or when production is expected to pick back up. Golden Manufacturing did not return a request for comment.

Some female service members have resorted to purchasing male editions of the hot weather uniform and then paying to have them tailored to meet the professional presentation standards required for all soldiers.

Women in the military have long struggled with ill-fitting equipment and the shortage of hot-weather gear — and forced reliance on male clothes — is creating another burden.

“It’s not only a safety issue,” the soldier said. “It’s unprofessional, and it doesn’t allow them to do their jobs.”

A spokesperson with the Army and Air Force Exchange Service said it was unclear when the stores would be able to restock shelves for women.

Several companies make uniforms for the Army and Air Force, but Golden Manufacturing is the only one that makes trousers for women. Other companies also make male uniforms, so there is no widespread shortage for men.

“It seems odd that supply is limited on purpose despite the demand for women’s uniforms,” a corporal serving in the Army Reserve told Military.com on the condition of anonymity because she was not authorized to talk to the press. “Women change sizes more often than men. We have this anxiety about our uniforms looking right or new since we’re going to get picked on for our hair, even when it’s in regs.”

“The availability of our uniforms seems like an afterthought,” she said.

The hot weather uniform was introduced in 2019 and is a much lighter version of the standard-issue camouflage uniform. It is largely seen by the rank and file as a much-needed quality-of-life improvement. The new uniform dries more quickly, and its thinner design keeps soldiers cooler. Being thinner, it’s also more compact and packs easier in a rucksack.

“I think that’s one of my biggest frustrations,” including other shortages in female-fitted body armor, said the female combat-arms soldier of the Army’s one-size-fits-all mentality on uniforms.

“I would love for a uniform to be released as female-only just to see how the rest of the Army reacts,” she said. “Because we don’t take the time to address the specific needs of women when we’re looking at resourcing uniforms and gear.”