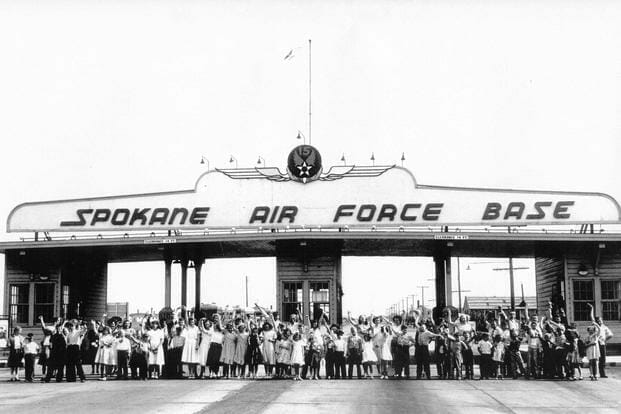 Officials at Fairchild Air Force Base in Washington state announced they are renaming an on-base housing neighborhood previously named for a 19th century Army officer who fought against Native Americans.

The 92nd Air Refueling Wing’s residential neighborhood, Fort Wright Village, and a street, Fort Wright Oval, were both named for Col. George Wright, an Army officer who fought against Native Americans and then later fought for the Union during the Civil War. Officials pointed to the officer’s actions during the American Frontier Wars as the reason for the change.

“We considered the significant historical impact Col. George Wright, a 19th century Army officer, had within our local community,” Fairchild Air Force Base posted Monday on its official Facebook page. “His brutal acts have a lasting effect that are still felt today by our friends and neighbors, the tribes of Spokane and Eastern Washington.”

Early in his military career, Wright fought against the Seminole Native American Tribe in Florida and later led men in the Yakama War against native people in Washington.

Wright’s tactics included ordering his men to seize an estimated 700 horses from local tribes and slaughter them, as well as ordering Native Americans to be hanged — some of them in front of their families, according to Washington State University magazine.

The neighborhood and street will be renamed to Lilac Village and Willow Loop. The Willow Loop signs have already been put up, and the Lilac Village sign will be installed between Aug. 22 and Sept. 5, according to an Air Force press release.

In response to one of the comments on the Facebook post, base personnel defended the decision to rename the neighborhood and street Lilac and Willow.

“The housing area already has numerous streets named after trees, and Spokane has been given the nickname of the ‘Lilac City’ since the 1930’s,” the Fairchild Air Force Base official Facebook account wrote in reply to one comment. “We selected names of local flora to continue the theme throughout that neighborhood of on-base housing.”

A base spokeswoman said the Lilac Village sign had not yet been installed as of Wednesday afternoon.

“This change is the result of long consideration by Fairchild leadership, in accordance with an Air Force directive to evaluate historically divisive names on installations,” the base said in a statement.

This isn’t the first time that Wright’s legacy has been questioned in Washington state. Last year, the Spokane City Council voted to rename Fort George Wright Drive in the city to Whistalks Way — honoring a Native American warrior instead.

Fairchild Air Force Base’s decision to rename the on-base neighborhood and street also comes amid a larger effort in the Department of Defense to analyze namesakes on military bases across the globe.

In the aftermath of George Floyd’s death in 2020 amid widespread conversations and protests about racism in the United States, Congress ordered a plan to rename military bases, memorials, roads, buildings and signs that honored or were tied to the Confederacy.

Earlier this year, the Pentagon’s Naming Commission — which was tasked with evaluating the namesakes — released an exhaustive list of 750 potential targets for renaming.

On Aug. 8, the commission announced that renaming nine Army bases to change Confederate references would cost about $21 million.

The Naming Commission will next address assets at the U.S. Military Academy and the U.S. Naval Academy and will then tackle any DoD assets it had not covered.

Those plans will be submitted to Congress no later than Oct. 1.