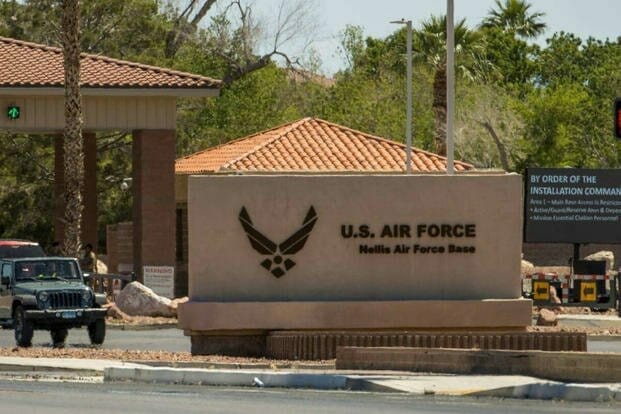 A Nellis Air Force Base officer allegedly groomed a girl for sex, was accused of raping her and committed lewd acts in front of her, police said.

Lt. Col. Kevin DiFalco, 40, faces a charge of child abuse and seven counts of lewdness in the presence of a minor.

The girl reported to a school counselor last week that she was raped and abused by DiFalco, a person she knew, between December and June. In an interview with police she said DiFalco began grooming her prior to December by sending her underwear and bikinis in the mail with notes saying he wanted to see her wear them, according to a Metropolitan Police Department arrest report.

DiFalco and the girl started communicating on Snapchat in November. DiFalco allegedly asked the victim inappropriate questions and they used a code system to let the other know it was safe to talk freely. He also reminded the victim to delete her Snapchat history after each conversation, according to the report.

DiFalco was the 57th operations support squadron commander but was relieved of his position on Thursday due to his “alleged personal misconduct,” a Nellis spokesman said Saturday. The base confirmed that DiFalco was under investigation by Las Vegas police, in coordination with the Air Force.

DiFalco was arrested on Thursday and has since posted bail. He is due in court on Oct. 11.

© Copyright 2022 Las Vegas Review-Journal. All rights reserved. This material may not be published, broadcast, rewritten or redistributed.