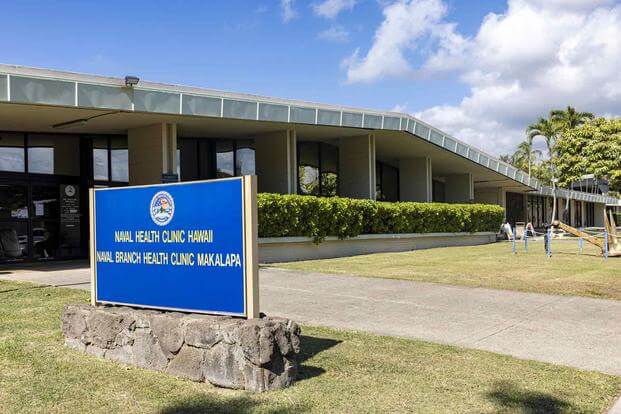 Military families hoping that a new clinic for patients with illnesses linked to fuel contamination near Honolulu, Hawaii, would provide answers on their health say the hastily established facility is an appeasement to their community with little to offer.

But the rollout, according to families, has been anything but smooth, and patients say the level of care they received on opening day was not what they expected.

Read Next: No Action Taken Against Army Officer After Public Dustup with Tucker Carlson over Women Serving

Bel Miles, a retired Navy sailor and Navy spouse, was one of 17 patients who called for an appointment prior to the clinic’s opening on Jan. 3. Using the system set up by the Defense Department to schedule visits for herself, her active-duty husband and two children, she faced long periods on hold, was disconnected several times and met with confusion by staff at the Tricare Nurse Advice Line — the military health system’s national appointment call center — who were unfamiliar with the new facility.

She was told that her husband could not be seen at the facility, since he is on active duty, and was asked to give a medical history for herself and her children — a process that took nearly two hours. Yet she still was unable to make appointments.

When she finally was transferred to a local person in Hawaii, she was able to book appointments for the first day of the clinic’s opening, only to be called two days later by a nurse asking for the family’s complete medical history — the same information she had supplied to the Nurse Advice Line.

Miles said she could understand the second request, as she learned that the clinic didn’t have access to Nurse Advice Line data, but when she and her family arrived at the clinic for their appointments, their provider told the family she had had access to the medical records for only a few minutes before the appointment and needed to go over the history again.

“I wanted to get really upset and angry about it, but I know how this show works, so I answered the questions and, in the back of my mind, I really thought we were going to get the care we needed a year ago,” Miles said.

She added, however, that the provider seemed interested only in acute symptoms, like her son’s skin rash, and not any chronic conditions like her son’s complaint of bone pain.

“I thought they were going to help us, that they would do tests and want to see where we’re at, that they’d want to make follow-up appointments, and they didn’t do any of that. It was really heartbreaking,” Miles said.

The Red Hill clinic was established to “exclusively provide care for patients experiencing symptoms that may be related to the Red Hill fuel spill,” according to DHA Indo-Pacific Public Affairs Chief Whitney Trimble, providing access to primary-care providers and expedited referrals to specialty care clinics.

It is supposed to serve all affected patients enrolled in the Defense Enrollment Eligibility Reporting System, including active-duty service members and those enrolled in Tricare Prime, the main health program for patients at military treatment facilities, and Tricare Select, a network health system that allows patients to see private providers.

Eventually, it will have a virtual component so that personnel who transfer off the island will have access to care.

But confusion reigns over who is eligible to receive care at the clinic — at least at the call centers and appointment lines. Families say their active-duty loved ones have been told they must get care from their unit’s sick call. Some families also have been told they aren’t eligible for the clinic because they are enrolled in Tricare Select, with access to private physicians, and not Tricare Prime.

Army Maj. Mandy Feindt, who has become an outspoken advocate for families exposed during the contamination in 2021, called the rollout a missed opportunity to help suffering families, many of whom have sought medical care in the community because they didn’t feel supported in the military health system.

“Why don’t they have a dedicated phone line? [Families] are having to retell their stories to people on the mainland who don’t know anything about Red Hill. For as much money and time as the department had for getting this right, it’s a huge slap in the face,” Feindt said.

More than 93,000 people living in military housing on and around Pearl Harbor were affected by a massive spill of 20,000 gallons of fuel at the Navy’s Red Hill Bulk Fuel Facility in May 2021 that eventually leached more than 5,000 gallons into the ground and tap water in November.

Military families living in and around the Honolulu base woke up Nov. 30 with the obvious smell of fuel in their tap water. Many developed unexplained symptoms, including rashes, nosebleeds, vomiting, sore throats and headaches, in the months leading up to and immediately following the admission that the drinking water supply to Joint Base Pearl Harbor-Hickam was contaminated.

The incident forced thousands from their homes while others opted to remain, living on bottled water for cooking, cleaning and bathing. Eventually, the World War II-era bulk fuel farm was closed and is being drained.

More than 110 plaintiffs have joined a lawsuit against the U.S. Navy over the contamination, seeking compensation for the physical, emotional and financial strain they say was placed on them as a result of the Navy’s failure to investigate and adequately respond to the spill.

What many of them want, however, is access to quality health care and for their voices to be heard.

A Navy wife told Military.com that she finally was able to make appointments for her family at the new clinic after a two-hour hold. But when she learned that the doctors staffing the clinic were military primary-care providers, not specialists in environmental exposures, she decided against using the clinic.

“They aren’t using new doctors. … They are all military doctors and the doctors that most people have seen before and gotten nowhere with,” she said, asking that her name not be used because she fears retaliation against her husband by his command.

“It’s a dog and pony show,” Feindt added of the clinic. “Everyone truly believes it’s a PR stunt.”

Depending on the product, petroleum hydrocarbons contain chemicals that can harm the human body, with the potential to cause various types of cancer, neurological effects, hypersensitivity, respiratory conditions and organ damage, according to the Agency for Toxic Substances and Disease Registry.

Military families say the Navy is missing an opportunity to study and treat people affected by long-term exposure to chemicals, adding that they are dismayed by the lack of interest and intellectual curiosity by service public health officials.

Feindt, who now lives in Colorado and whose husband has been hospitalized for the past week with exposure-related neurological issues, said the level of care her family now receives, including at a military treatment facility, has been outstanding. But for families in Hawaii, the care must improve.

“The military keeps saying that people are our greatest asset, but it feels like my family has been treated like collateral damage on American soil,” Feindt said.