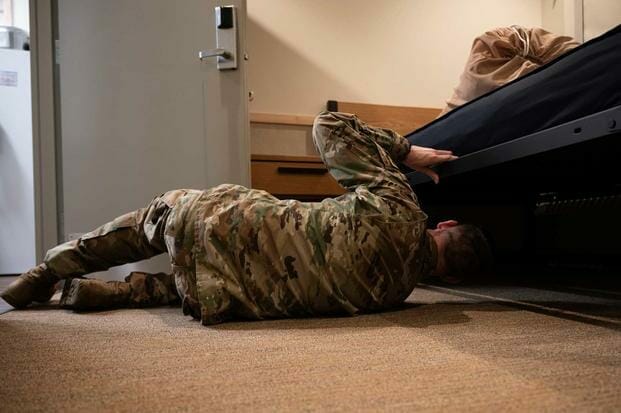 Military members ordered to move from unaccompanied quarters such as ships, dorms or barracks may be eligible for a new payment, according to a Thursday Air Force press release.

A recent change to the Joint Travel Regulations states that service members ordered to “occupy or vacate Government quarters due to privatization, renovation, or any other reason for the Government’s convenience must be paid a partial Dislocation Allowance (DLA).”

Previously, only military members required to vacate family type quarters were eligible for the partial DLA. The new regulation includes those in unaccompanied housing.

In May Military.com reported about sailors at Naval Air Station Key West, Florida, being forced from a barracks and confronting unaffordable local housing. Those sailors were later approved for a partial dislocation allowance of $840.07.

Those who choose to leave the barracks of their own accord are not eligible for the new payment.

Also ineligible are those who enter or leave unaccompanied housing due to:

According to a recent Navy Pay and Personnel Information Bulletin, the change was effective April 27, 2022.

According to the Air Force release, the change was made due to an airman’s suggestion.

“This is not just a win for our Airmen across the Air Force, but for service members across the Joint Force,” said Chief Master Sergeant of the Air Force JoAnne S. Bass. “Moving can be stressful, and if we can help alleviate some of those stressors, the better off we are. I couldn’t be more proud of the Airman that identified this opportunity to change the JTR, and for the leaders that supported it along the way.”

According to the Air Force, the current partial DLA rate is $840.

Keep Up With Military Pay Updates

Military pay benefits are constantly changing. Make sure you’re up-to-date with everything you’ve earned. Subscribe to Military.com to receive updates on all of your military pay and benefits, delivered directly to your inbox.