Some Airmen Will Be Allowed to Swap Base Assignments Again 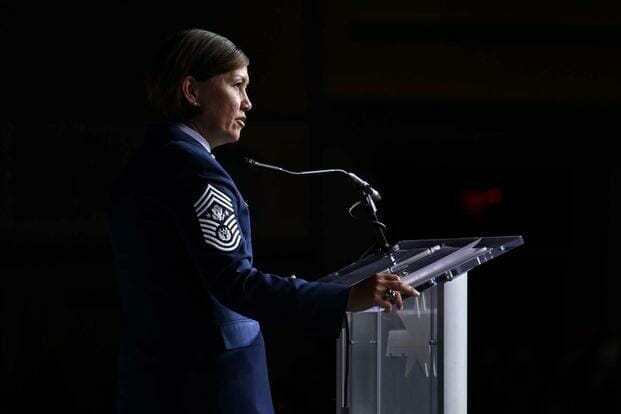 The Air Force is working to relaunch a program that would allow service members to swap base assignments with one another, five years after a similar initiative was shut down.

“These changes are the result of Airmen from our Enlisted Assignment Working Group taking a holistic look at this process, identifying areas that needed updates and working with Air Force Personnel Center to make it happen,” Bass said in a press release. “I couldn’t be more proud of the work done to get these changes into the hands of our Airmen.”

Read Next: Air Force Still Unsure of Cause Behind Osprey Mechanical Issue That Grounded Aircraft

The assignment swap program would allow volunteers “to replace members selected for assignment, or the trading of assignments after selection,” according to a Wednesday Air Force press release.

It would apply only to ranks of E-8 and below with the same Air Force Specialty Code, skill level, grade or projected grade, and special experience identifier.

The Air Force Personnel Center told Military.com in a statement that additional details are not yet available and are still being worked out.

“We are in the early stages of establishing the assignment swap program CMSAF Bass announced at the ASFA Conference,” Toni Whaley, a spokeswoman for AFPC public affairs, said in an emailed statement. “We are working with our partners to build out the process and identify business rules to make the program more inclusive with minimum restrictions.”

The service had a similar version of an assignment swap program in the past.

An Air Force press release from 2007 first informed service members they would need to look for fellow qualified airmen in the continental United States that they could switch with. The switch would, ultimately, have to be approved by commanders.

But a decade later, in 2017, the program was shut down, according to a 2017 Facebook post from the Air Force Personnel Center. Officials said the program was being underutilized and favored airmen with larger paychecks.

“It was found that less than five percent of Airmen were taking advantage of this program, and it was ultimately deemed unfair,” the 2017 post from the Air Force Personnel Center announcing the change read. “With the burden of expenses for moving locations falling on the Airman, some Airmen of higher rank could afford the move, while some younger Airmen could not.”

Bass didn’t provide any details at the conference on how the program would differ from previous versions or when it would be rolled out.

“There is no set start date we can share at this time, but we will release information as it becomes available,” Whaley said.

The possibility of assignment swaps coming back wasn’t the only good news for enlisted airmen at the Air and Space Force Association’s conference. On Monday during his opening speech, Air Force Secretary Frank Kendall announced that the service would be reversing course on a set of pay cuts that had been set to take effect next month for airmen working some of the toughest jobs.

Hundreds of airmen, many in some of the most physically demanding and difficult jobs, were scheduled to see cuts ranging from $900 to $5,400 a year to their Special Duty Assignment Pay, a monthly incentive bonus known as SDAP, in fiscal 2023 — which starts Oct. 1.