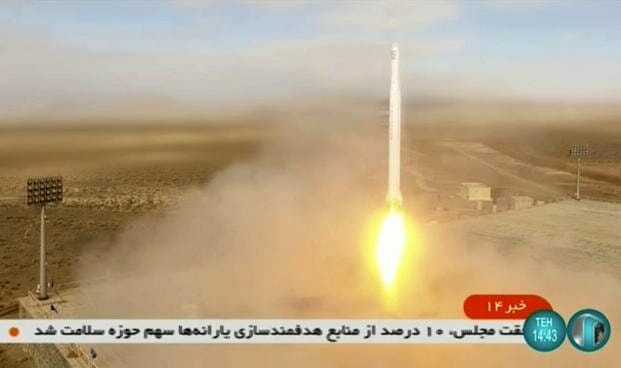 Space Force Guardians are setting up shop at U.S. Central Command in the latest move by the service to spread its footprint and focus on space navigation, missile warning and satellite communications to counter adversaries in the Middle East and South Asia.

U.S. Space Forces-Central, which is known as USSPACEFORCENT, will be based at the combatant command’s headquarters at MacDill Air Force Base in Florida. Maj. Vicky Porto, a spokeswoman for the Department of the Air Force — which the Space Force is under — told Military.com on Monday that around 30 people will make up Space Forces-Central. The unit was activated Dec. 2.

Last month, the Space Force announced that 21 civilians and Guardians will be stationed in Hawaii with U.S. Indo-Pacific Command. That marked the first assignment outside of the continental U.S. for the newest service branch and the first time Guardians have been part of a regional combatant command. U.S. Space Forces-Central quickly followed.

“Because the organization is new, USSPACEFORCENT will launch from a springboard of innovation, unburdened by traditional ‘we’ve been doing it this one way for decades’ thinking we are squashing here in this headquarters,” Gen. Michael Kurilla, head of U.S. Central Command, said during the activation ceremony.

Space Force Col. Christopher Putman will lead the new unit. He said in a release that the new subordinate command will give Central Command a continuous focus on integrating space operations across all domains and components.

The stand-up of both Space Force units with Indo-Pacific Command and CENTCOM comes as Defense Secretary Lloyd Austin has repeatedly pointed to China being a notable threat, especially in outer space. As Beijing’s military might and global aspirations grow, new units in Korea and Europe are also on the horizon, according to the service.

Porto told Military.com that U.S. Space Forces-Korea “is scheduled to stand up before the end of this year.”

In the 2022 National Defense Strategy released last month, the Pentagon said China is “deploying counter space capabilities that can target our Global Positioning System and other space-based capabilities that support military power and daily civilian life.”

But the strategy did not address specifically how the military would respond to an attack on a military or commercial satellite. And despite the expansion of units to the Pacific and Middle East, some policy experts in Washington believe the Space Force is still unequipped to take on space threats from China and Russia.

The Heritage Foundation, a conservative Washington-based think tank, said in its annual assessment of the military released Oct. 18 that the new service has not shown “that it is ready in any way to execute defensive and offensive counterspace operations to the degree envisioned by Congress when it authorized creation of the Space Force.” The foundation classified the Space Force — founded in 2019 — as “weak.”

Space Force officials are hoping to increase their budget to take on many of those looming threats. The service is asking for $24.5 billion in its 2023 budget request, a 40% increase from the previous year, a number which will likely only grow in subsequent years as the nascent branch expands.

Related: Space Force Moves Guardians to the Pacific Amid Rising Threats from China