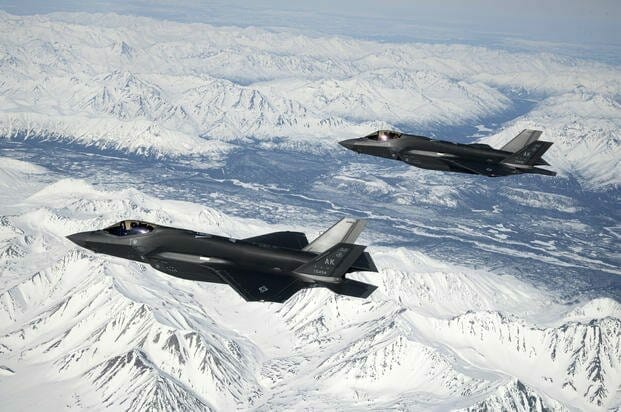 GENEVA — Swiss officials on Monday formally signed a procurement contract to acquire three dozen F-35 fighter jets from the United States as part of a planned refurbishment of Switzerland’s air force that has run afoul of critics of the big defense purchase, the government said.

The head of Switzerland’s armaments service and F-35A program director inked the procurement deal that is to cost just over 6 billion Swiss francs (dollars) for the planes that will be delivered between 2027 and 2030.

The planned purchase has already been signed by the United States, where manufacturer Lockheed Martin has its headquarters, the Swiss government said in a statement. The procurement cost will include mission-specific equipment, weapons and ammunition, as well as logistics, mission-planning and training support, it said.

Late last month, opponents succeeded in a petition drive to put the planned purchase to a referendum, but Swiss government officials have argued that voters had already agreed to it and the contract was already set to be signed, so any timetable for a referendum would be too late.

Opponents say the planes are too expensive, would tie Swiss security too closely to the United States and are ill-suited for the needs of Switzerland. The Swiss air force mostly uses such fighters for air patrols in its European skies and not in conflicts abroad.

The Swiss constitution holds that Switzerland is a neutral country, curtailing its ability to take part in foreign conflicts.

Canada, Finland and Germany are among other Western countries that have also opted for the F-35. The Swiss government chose the fighters in June in a competition against Boeing’s F/A-18 Super Hornet, France’s Rafale and the Eurofighter. The new jets are to replace the country’s aging fleet of F/A-18 Hornets and F-5 Tigers.