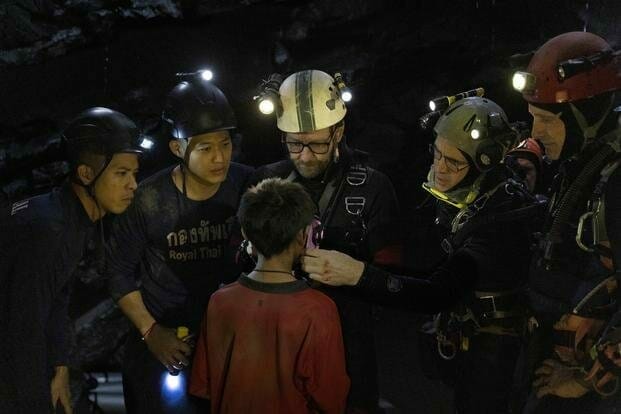 Director Ron Howard looks to bounce back from “Hillbilly Elegy,” his poorly received movie about Marine veteran and possible future U.S. Sen. J.D. Vance, with “Thirteen Lives,” a motion picture that relates the true-life rescue of 13 young boys from a diving cave in Thailand.

“Thirteen Lives” will debut in theaters on July 29, 2022, and stream on Prime Video one week later on Aug. 5. Amazon has released the first trailer for the movie.

The saga dominated the news in 2018, when the local soccer team became trapped by rising waters. For more than two weeks, experts from around the world tried to devise a plan that would allow the kids to exit the remote cave without drowning.

Viewers can go into “Thirteen Lives” knowing that they’ll get an inspiring and uplifting story, because anyone paying attention four years ago knows the outcome of the mission. The movie’s IMDb page doesn’t mention a character named “Elon Musk,” so Howard seems to have avoided that distraction by dropping any mention of the snarky armchair criticism tweeted by the billionaire during the crisis.