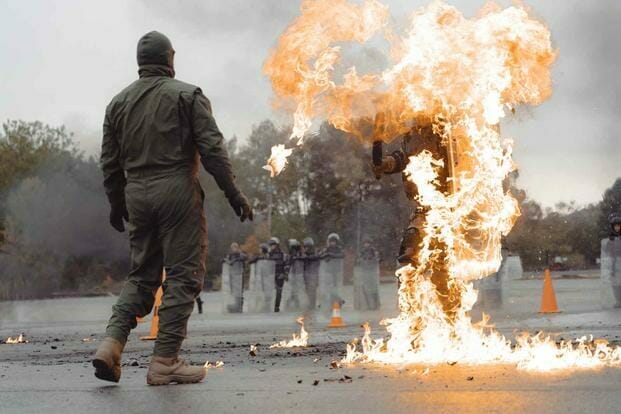 This week in the military, disabled veterans and retired military personnel will see a substantial 8.7% increase in monthly checks for next year as the Biden administration wrestles with inflation; the sergeant major of the Army, Michael A. Grinston, announced this week that soldiers will see changes to rules around the Army Combat Fitness Test, namely that if a service member scores enough points, they will forgo the body composition test; earlier this week, Army Secretary Christine Wormuth said officials should stay out of online “culture wars” as the service reckons with leader presence on social media and a general officer whose retirement has been delayed because of it — but in a statement issued a few days later, Wormuth conceded that leaders should combat online abuse; and new details came to light regarding the death of Navy SEAL candidate Kyle Mullen that lent disturbing insight into the implementation of the elite course.

Episode 7 of Fire Watch is out today: The Army of Families Caring for America’s Wounded Vets. Tune in wherever you get your podcasts.

An Air Force Reserve A-10 rests on the flightline at Davis-Monthan Air Force Base in Arizona at sunset. (Airman 1st Class Devlin Bishop/U.S. Air Force photo)