US Air Force Targeted in ‘Propaganda Attack’ in Kuwait 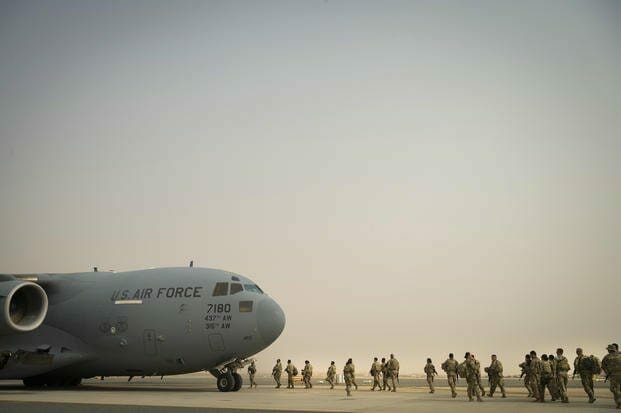 DUBAI, United Arab Emirates (AP) — The U.S. Air Force said Saturday it was the subject of a “propaganda attack” by a previously unheard-of Iraqi militant group that falsely claimed it had launched a drone attack targeting American troops at an air base in Kuwait.

The statement by the Air Force’s 386th Air Expeditionary Wing came hours after the group calling itself Al-Waretheen, or “The Inheritors,” put out an online statement claiming that on Aug. 12, it targeted Kuwait’s Ali Al Salem Air Base. The statement included a video showing a drone being launched from a stand, but offered no evidence of an attack or any damage done at the base.

The air base is located a few dozen kilometers from the Iraqi border.

“The misinformation falsely stated an Iranian militia group used (drones) to carry out an attack on base,” the Air Force statement to The Associated Press said. “No such attack occurred.”

The statement suggests the U.S. believes that Al-Waretheen is likely an Iranian group, though it described itself as Iraqi.

The Air Force added that the online claim “only aims to deceive their audience in believing a lie” and that the Air Force and Kuwait “continue to project air power throughout the region without disruption.”

Kuwait, a small, oil-rich nation bordering Iraq and Saudi Arabia also near Iran, is considered a major non-NATO ally of the United States. Kuwait and the U.S. have had a close military partnership since America launched the 1991 Gulf War to expel Iraqi troops after Iraqi dictator Saddam Hussein invaded the country.

Some 13,500 American troops are stationed in Kuwait, which also hosts U.S. Army Central’s forward headquarters. Those forces have supported the U.S. invasion of Iraq in 2003 and later operations against the Islamic State group.

Satellite photos from Planet Labs PBC analyzed by the AP since Aug. 12 show no apparent damage at the base.

A series of militant groups that analysts believe have ties back to Iran have claimed attacks they say targeted U.S. troops in Iraq over recent years. However, those roadside bombings targeted Iraqi contractors supplying American forces in the country.

The claim also comes as what have been described as the final round of negotiations continue between Iran and the U.S. over Tehran’s tattered nuclear deal with world powers.