2,000 Expert Soldier Badges Have Been Awarded in 3 Years. But Do Non-Combat Units Want It? 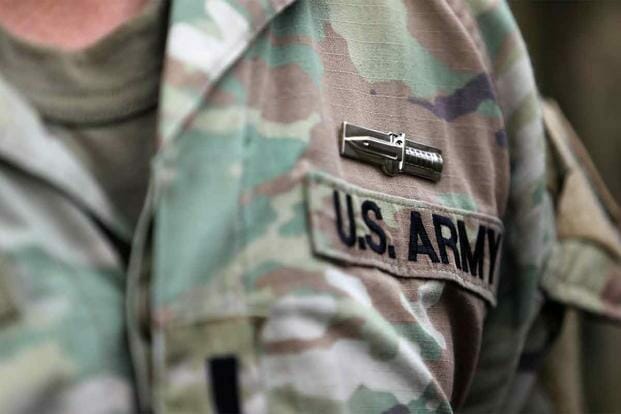 The Army has awarded the Expert Soldier Badge 2,000 times since it was introduced in 2019, according to service data reviewed by Military.com. Yet senior leaders might face an uphill battle selling the necessity of non-combat arms troops conducting what is effectively an infantry test.

The 2,000 Expert Soldier Badges, or ESBs, have been awarded to a pool of roughly 20,000 soldiers who have undertaken tests for the badge. The ESB’s introduction came amid the Army shifting from counterterrorism to training for conventional warfare, something that service planners have stressed will move small-unit tactics and individual soldier skills to center stage.

Read Next: The Power of Navy Leaders — Especially Chiefs — to Make or Break Sailors

The Expert Soldier Badge was created largely to push troops to master basic combat skills, even if they do not serve in front-line units, as Army planners want to be able to move soldiers between specialties more easily and make sure everyone in the force is capable of taking up arms during future conflicts.

“Before GWOT, most of your senior infantry NCOs had an EIB,” Sergeant Major of the Army Michael Grinston, the service’s top enlisted leader, told Military.com. “I want that to become the norm for all soldiers and the ESB.”

Yet multiple soldiers interviewed by Military.com say finding the time to train for the test and earning the new badge can be a tall order for non-combat arms units due to a shortage of training gear, among other constraints. Another key hurdle is qualifying as an expert on the M4 rifle test, something that can be especially difficult for non-combat arms units, which get relatively little range time.

But most of the hesitancy is the lack of will from commanders and the soldiers themselves to take significant portions of time for their formations to train for tasks that aren’t ultimately their jobs.

“If soldiers wanted to go, they went. It was probably less than 15 who wanted to go [earn the badge],” Capt. Mitch Carroll, a military police officer, told Military.com. “But once they realize there is a hearty amount of promotion points and learning the tasks is an incredible attribute, and once more emphasis is placed on it, I think it could catch on. I get more comments on my ESB than my Ranger tab, probably because it’s new and a lot of people haven’t seen them yet.”

The Expert Soldier Badge is effectively the same as the Expert Infantryman Badge, introduced in 1943. Both badges are awarded to soldiers who pass a gamut of tests, including measurements of physical fitness, weapon proficiency and land navigation.

But the infantry badge was exclusive to that job and Special Forces. In addition to being an award, the Expert Infantryman Badge serves as a clear identification that a soldier is a grunt.

The soldier badge was created for all other personnel in the service to be tested on those basic combat tasks. Previously, the closest thing to parity was the cavalry spur ride, a similar series of tests for cavalry scouts and other soldiers on combat tasks that qualify soldiers to wear spurs, mostly during formal events. However, those are unofficial awards and do not count toward a soldier’s promotion. A similar badge also exists for medical personnel, the Expert Field Medical Badge.

Most Expert Soldier Badges were awarded last year, with 1,112 soldiers earning the new award. The COVID-19 pandemic largely disrupted 2020 efforts, when only 310 soldiers earned the honor. As of June 21, 567 soldiers had earned the badge this year. Multiple installations are holding expert medical, soldier and infantry badge tests each month this year, including in Alaska; Fort Bragg, North Carolina; and Italy. Soldiers in other units are allowed to ask whether they can participate in those events, including Guardsmen and Reserve soldiers, who typically are given few opportunities to earn a badge.

Since 2019, 6,626 Expert Infantry Badges and 850 Expert Field Medical badges have been awarded.

But for Army leadership, the badge itself is secondary, with the test and all the preparation for it effectively serving as an excuse for soldiers to train.

“What I think is critical, is the more opportunities for soldiers to get reps and sets for the best individual training they’ll ever get is a huge win in my book. … This fits into the broader idea of getting everyone to build on their fieldcraft,” Command Sgt. Maj. Daniel Hendrex, the top enlisted leader for Training and Doctrine Command, or TRADOC, said Wednesday in an interview with Military.com. “As we look at the world stage, we have to be ready. Soldiers don’t get the option of choosing, but leaders do have the option of having them being properly trained.”