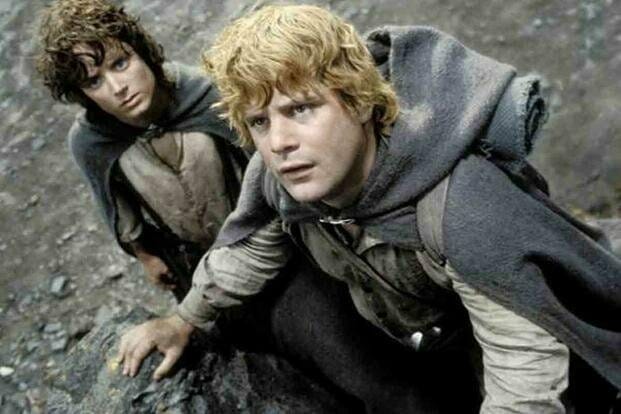 Goonies never say die. A winner is a dreamer who just won’t quit. The job that’s never started takes longest to finish. When actor Sean Patrick Astin said these lines in movies (“The Goonies,” “Rudy,” and the “Lord of the Rings” series, respectively), it was so motivational, we all could have stood up to cheer.

Astin is bringing that energy back to the U.S. Army as a Civilian Aide Emeritus to the Secretary of the Army (CASA). The role of these aides is to support the Army and its leadership, help the service connect with the American public, bolster recruiting efforts and assist with the Soldier for Life transition program.

The 51-year-old actor was granted emeritus status as a CASA on Dec. 13, 2022, because he served in the role representing California from 1995 to 2005. As a CASA Emeritus, he is accepting a lifelong commitment to the role.

“For 27 years, I’ve been proud to celebrate the men and women of the United States Army,” Astin said in an Army press release. “To receive the honor of becoming a Civilian Aide to the Secretary of the Army Emeritus fills me with a renewed sense of mission. … People need to know they have what it takes to serve in the Army, and I want to help them understand what’s possible.”

CASAs can be drawn from any profession, but those who are considered are actively involved with the Army community and bring “an interest in the Army, a high degree of business and civic leadership and an ability to influence the public,” according to the service’s CASA website.

The job doesn’t come with a paycheck or benefits, but Civilian Aides to the Secretary of the Army are given the same status as a three-star general for protocol purposes. In addition to their efforts for the active-duty Army, they also serve as liaisons to the National Guard and Army Reserve, especially in states with little to no active-duty Army presence.

In 1916, the Military Training Camps Association (MTCA) began the Civilian Aide Program to support the training of citizens who could be called to serve in a time of war. In 1922, Secretary of War John W. Weeks recognized the MTCA as a cooperating agency of the Army because of its effect on preparing American citizens for war and supporting voluntary military training.

A key component of this recognition was that civilian members of the MTCA would become aides to the secretary of war. By World War II, the Army began to give these aides official duties. It evolved to a program designed to improve relations between the service and American civilians, becoming the Civilian Aide to the Secretary of the Army program it is today.

Each state, the District of Columbia, and the five U.S. territories appoint one or more CASAs. Army Secretary Christine Wormuth swore in at least seven new CASAs in 2022, each of them Army veterans, but there are also business leaders, law enforcement officials and nonprofit executives.

— Blake Stilwell can be reached at blake.stilwell@military.com. He can also be found on Twitter @blakestilwell or on Facebook.

Whether you’re thinking of joining the military, looking for post-military careers or keeping up with military life and benefits, Military.com has you covered. Subscribe to Military.com to have military news, updates and resources delivered directly to your inbox.