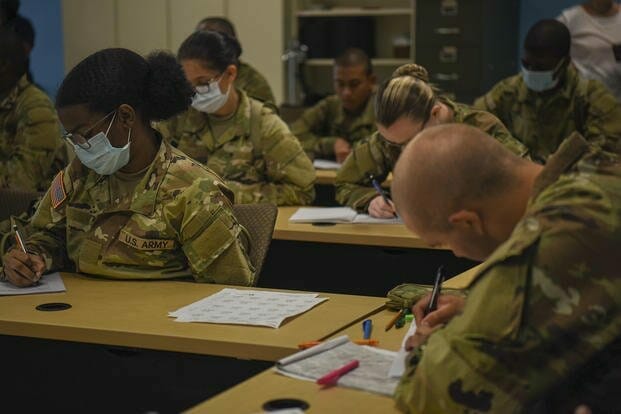 The Army is going all-in on pre-basic training courses that aim to get applicants within weight standards and boost scores on the military’s entrance exam as it scrambles for recruits to fill the ranks.

Just a few months in, public interest has been high enough in the Army’s Future Soldier Preparatory Course that the program will be expanded as a way to add soldiers who otherwise may never have made the cut to serve, according to Army Secretary Christine Wormuth.

“We’ve had really good success in the early part of the program,” Wormuth said recently during an interview with the Center for a New American Security, a Washington, D.C.-based think tank. “We’re going to expand the program to other locations. We have more Americans that want to do it than we can accommodate.”

Read Next: Sailor Who Heroically Intervened in Club Q Shooting Recovering in the Hospital

The course at Fort Jackson, South Carolina, was stood up in August as the service faced grim recruiting challenges. The two tracks that make up the course, academic and fitness, are both 90 days long and give applicants just shy of the service’s standards on either the entrance exam or body fat limits time to come into compliance and move onto basic training.

The prep course has been largely seen by senior Army officials as a huge success, with the majority of applicants who participate moving onto basic training. So far, 581 of 706 students in the Armed Services Vocational Aptitude Battery (ASVAB) course progressed into basic training. For the fitness track, 292 of 366 soldiers have qualified, according to internal data reviewed by Military.com in October.

The seemingly overnight success immediately spurred senior leaders to eye expanding the course. An Army official speaking on the condition of anonymity told Military.com that the academic track will likely be expanded to Fort Benning, Georgia, and the current academic course at Fort Jackson is expected to grow. Army Times was first to report that effort on Wednesday.

Another Army official said that the expansion could come within a few months.

“The thing we’re finding is, for a lot of these young men and women, they’re getting a head start on initial military training,” Gen. James McConville, the Army chief of staff, told reporters at a press conference in October. “Some of the recruits who in some ways by standards might have been at the lower end of that capability are doing extremely well and they should do well in initial training.

“We’re excited to see how far this is gonna go,” McConville said.

The Army was short 10,000 new recruits this year as it aimed to bring in 60,000 new active-duty soldiers. The service has an even loftier goal of bringing in 65,000 new recruits in 2023. Yet the Army is still reeling from failing to meet its recruiting numbers and has yet to change how it goes about pitching the service to young Americans.

Right now, the service is generally forbidden from marketing efforts on the Chinese-owned TikTok video-sharing platform over cybersecurity concerns. But efforts poured into TV ads or marketing on other platforms such as Facebook and Twitter might be less effective in reaching the younger Gen Z population, which spends much more time on TikTok.

Recruiters interviewed by Military.com have pointed to a confluence of issues, but have generally shared the sentiment that the issue is less about interest in the service and more about getting qualified applicants in the door.

Senior leaders have estimated that only about 23% of young Americans are eligible, generally due to widespread obesity and minor criminal infractions.

Some of those issues have been pinned on Military Health System Genesis, a new health record system for the military that has placed significant scrutiny on new applicants’ medical history — with the Defense Department getting greater access to potentially disqualifying information, such as past use of prescription drugs, mental health conditions and minor injuries.