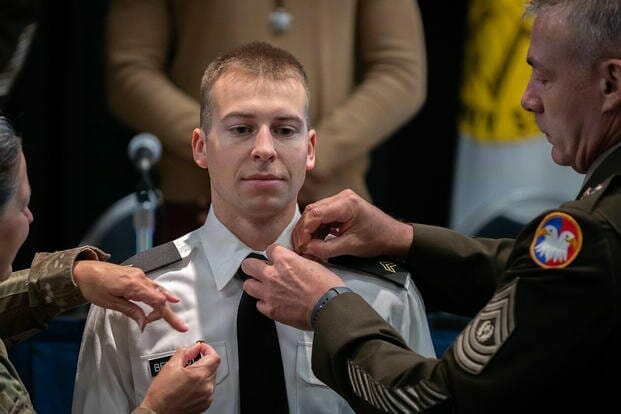 The Army’s transition to its new HR system is expected to stall many promotions through at least the end of January, service officials told Military.com.

The transition will halt promotions for noncommissioned officers and officers from Nov. 10 through the end of January, multiple Army officials with direct knowledge of the platform’s development told Military.com. Junior enlisted promotions are not expected to be impacted.

The delay is due to the switch to IPPS-A, the new system that will mark a major shift in how the Army conducts administrative work behind the scenes and is set to be a one-stop shop consolidating a soldier’s personnel record, including awards. It’s largely seen as a significant upgrade as most of the service’s existing IT is severely outdated.

“Anything that happens [with promotions] after the 10th of November until we go live is the window,” an Army official with direct knowledge of IPPS-A’s development told Military.com, referring to when promotions will be stalled. “All officers get impacted; for the enlisted, it’s just the NCOs.”

Though the Army will allow units to pin on new ranks to its NCO and officer corps who were otherwise set to be promoted, the promotion will be only ceremonial in nature and the advancing soldier will likely have to wait until February for back pay and internal systems to acknowledge their new rank.

The new platform is already in use in the Army National Guard and is expected to go live for the entire service soon, likely before February, one source with direct knowledge of the situation told Military.com. The launch date is expected to be finalized and announced soon.

The legacy system that tracks promotions behind the scenes will be taken down Dec. 1. Launching IPPS-A has been a monumental challenge for the Army and has been delayed several times since its first anticipated launch date in December last year. It was set for a delayed launch in September, but was again pushed back just two weeks ahead of launch.