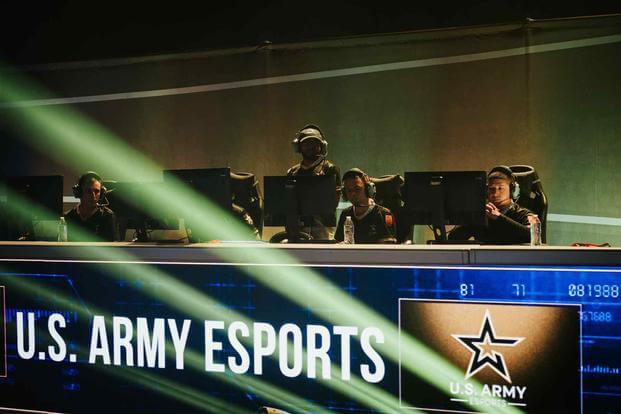 In 2021, the Army kicked off a massive marketing campaign worth some $7 million that put “Call of Duty” at its center, including sponsoring professional esports teams and streamers, and advertising on the game’s content on YouTube and Twitch, according to internal documents published by VICE. Of that, $750,000 was a direct partnership with Activision Blizzard for sponsoring its esports team, the Call of Duty League.

Military.com confirmed that the $750,000 deal fell apart late last year. The Army’s decision to distance itself from Activision Blizzard also came after increased scrutiny over how the service treats women following the 2020 slaying of Vanessa Guillén.

Read Next: Pentagon Scrubbing All Policies of Language That Stigmatizes Mental Health Conditions

“The Army has no current relationship with Activision. The Army’s sponsorship of Call of Duty League, produced by Activision Blizzard, was set to expire in August of 2021,” an Army spokesperson told Military.com in a statement. “However, in light of developments surrounding California’s Department of Fair Employment and Housing lawsuit against Activision, we paused activities ahead of the expiration date and chose not to renew the sponsorship.”

Investigators allege women at the company were paid less than men in similar roles, quit or were fired at much higher rates and were promoted at slower rates. The suit also alleged that women were “subjected to constant sexual harassment, including groping, comments and advances,” and that the company’s executives and human resources personnel knew about the issues and failed to take action.

Those allegations also appeared in press accounts of the company’s functioning, including a Wall Street Journal investigation in November 2021 that reported CEO Bobby Kotick knew about the allegations of misconduct for years but never took appropriate action, leading to a second employee walkout. That report included a description of a situation in which a female employee was allegedly raped by a male co-worker and reached a settlement with Activision Blizzard out of court. Kotick reportedly did not inform the company’s shareholders.

Activision Blizzard did not reply to a request for comment before publication.

2021 was also one of the worst years for sexual assault in the military, particularly in the Army, which saw a 26% increase from 2020, a far more dramatic spike compared to the other services, according to a Pentagon report. For comparison, the Air Force and Marine Corps saw a roughly 2% increase while reports in the Navy grew 9%.

The Army has long struggled to develop effective prevention efforts and senior leadership have tried to shift the culture, with little to show for those efforts. The service has moved sexual assault and prevention briefings to early parts of basic training and has revamped training on the matter to scenario-based discussions instead of PowerPoint presentations.

Army Secretary Christine Wormuth has pointed to sexual assault and harassment issues as a key concern that not only hurts the rank and file currently serving but could be adding to the Army’s ongoing struggles to recruit new talent.

The recruiting crisis is an amalgamation of issues, including a limited pool of qualified applicants. Army planners estimate only about 23% of 18- to 24-year-olds are even eligible for service, mostly due to widespread obesity issues and inability to pass the military’s SAT-style entrance exam.

Yet at the center of the problem is the service struggling to update its marketing efforts. The Army is generally forbidden from advertising on TikTok, which is owned by a Chinese company and has become the go-to social media network for Gen Z.

The Army has increasingly been trying to find ways into the video-game space with other marketing efforts. Last year, the service signed a $600,000 deal with IGN, the top video-game news site, and a $500,000 deal with the now-defunct G4. The service has several deals with top streamers, including one worth $170,000. An Army official familiar with the marketing efforts told Military.com that the service will still advertise with streamers largely associated with “Call of Duty” so long as none of the revenue spent goes to Activision Blizzard.

“Call of Duty” is one of gaming’s top franchises, with its newly released “Modern Warfare II” earning $1 billion in the first 10 days of release, marking it as the highest-grossing entertainment product of the year — hitting that record earning faster than the film “Top Gun: Maverick.”