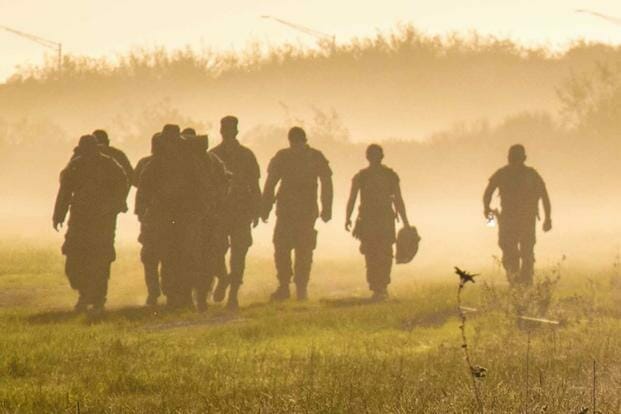 The number of suicides in the military decreased 15% last year, spurred by pronounced drops among most of the services, according to the newest annual data released by the Pentagon on Thursday.

However, the Army, the military’s largest branch, was the outlier with a very slight uptick in deaths during 2021, the data show. The department reported that 176 soldiers died by suicide, two more than the previous year.

The findings come as the Army has struggled to find ways to boost quality of life for soldiers, an effort senior leaders, especially Sergeant Major of the Army Michael Grinston, have touted as the key to improving mental health in the force.

Read Next: Troops Needing Abortions Will Get Travel Allowances and Leave, Pentagon Says

Meanwhile, the Marine Corps saw the most dramatic drop in active-duty suicides among its relatively small number of troops with 43 suicides in 2021 compared to 63 in 2020. The Air Force had 51 deaths by suicide in 2021 compared to 82 the previous year. The Navy had 58 sailors commit suicide last year, seven less than in 2020.

“We are encouraged by the decrease, but one year is not enough to assess changes,” Elizabeth Foster, executive director of the Pentagon’s Office of Force Resiliency, said at a Pentagon press conference Thursday. “We have to see sustained longer-term change to know if we’ve made progress.”

The numbers are a potential indicator the military has made strides toward destigmatizing mental health care, but years of additional data will likely be needed to know whether the Pentagon is on the right track, according to Foster.

Some of the Army’s efforts to improve living conditions for soldiers include a pledge to spend $10 billion over the next decade on new barracks and renovations. But some installations, such as Fort Stewart, Georgia, where living quarters are infected with mold, won’t see new barracks until 2035.

However, early data for this year suggests the Army may be seeing a decrease in the number of suicides.

“One suicide is still one too many, but this year we have seen fewer suicides than last year. And, that is welcome news,” Army Secretary Christine Wormuth said in a speech at the annual Association of the United States Army conference this month in Washington, D.C.

The suicide data comes as the Army also saw a massive spike in reports of sexual assault — a 25.6% increase in 2021 compared to the previous year — that far outpaced the other services. The service has been slowly adjusting its sexual assault and prevention strategy in the wake of the brutal slaying of Spc. Vanessa Guillén at Fort Hood, Texas, in April 2020 and a follow-on investigation that found the Army to be severely lacking in its ability to protect victims. Army officials have yet to outline any major changes.

For sexual assault reporting, the Navy saw an increase of 9.2%, and the Marines and Air Force 2%, respectively.

The bulk of suicides across all branches involve enlisted men using personally owned firearms. Most suicides in the military are unlikely to be related to combat trauma, and many service members who have died had no downrange experience. Instead, some military leaders have pointed to troubled finances, rocky relationships and other personal factors.

For troops at risk of suicide, seeking mental health counseling can be difficult. They may fear perceptions of being weak or losing out on job opportunities in the force.

Another issue is the difficulty garrison commanders face with hiring mental health personnel at remote bases and competing with civilian sector salaries, as is the case in Alaska.

Some services have struggled to communicate with their rank and file and the public about suicide in their formations. Military.com was first to report on the miserable conditions amoung the crew assigned to the USS George Washington — an aircraft carrier that had at least eight sailors die by suicide since November 2019. It took weeks for senior leadership, including Rear Adm. John Meier, to publicly acknowledge the string of deaths and begin to make changes, such as moving sailors off the ship and ordering investigations into the command climate.