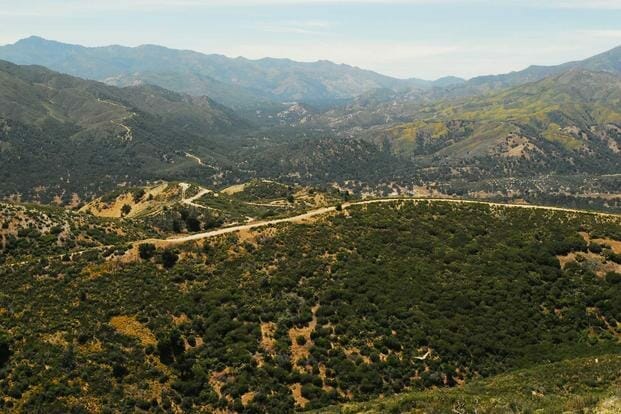 More than a week after routine maintenance went awry and caused officials to shut off water to an Army post in the mountains of central California, troops and families at Fort Hunter Liggett are still without clean drinking water.

In a video update posted on the base’s Facebook page Sunday morning, base officials said that after public works officials “identified many areas of concern,” repairs will necessitate shutting off water for most of the buildings along one of the base’s main streets, Infantry Road, on Tuesday. Another post Monday said water will be off from 6:30 a.m. to 5 p.m. and that, out of an “abundance of caution, the Garrison is also planning for limited on post activities on Wednesday.”

Base spokespeople did not respond to phone calls from Military.com seeking comment, but replied to an email Monday evening and directed the publication to Facebook posts. An employee at the base’s dining hall confirmed that the facility was still without drinkable water Monday afternoon.

The lack of water means the base’s child care center will be closed Tuesday and Wednesday and that “maximum” telework has been authorized. But the work being done Tuesday should “advance, most likely” water being restored to the Milpitas housing area, which has been without any water since the initial incident Aug. 11, officials said in the video.

“This garrison is going above and beyond to do whatever we can to ensure that we maintain an acceptable quality of life for those who live, work and train here,” garrison commander Col. Lisa Lamb said in the video. “We’re going to get through this together, and we’ll make sure that we continue to take care of all of our trainees, our civilians, our service members and our families here at Fort Hunter Liggett.”

At a sprawling,165,000 acres, Fort Hunter Liggett is the Army Reserve’s largest training installation. About 500 personnel permanently live at the post, and hundreds to thousands of service members are typically training at the base at any given time.

It is unclear when clean drinking water will be available, though Command Sgt. Maj. Eric Rupp told Army Times, which first reported the issue, officials are hoping to have clean water back to the entire post by Aug. 30.

The trouble started Aug. 11 when a water main broke, prompting officials to shut off water to the entire installation to prevent further damage.

Running water was later restored for most of the base, though an Aug. 13 Facebook post warned people to “NOT DRINK THE WATER UNDER ANY CIRCUMSTANCES WHATSOEVER.” That was upgraded to a boil water advisory on Wednesday, according to a Facebook post, meaning the water can be used to shower and do laundry but continues to be undrinkable unless it is boiled.

Those in the Milpitas housing area, which still has no water at all, were required to move into other on-base housing or hotels, while most other affected residents have been given the option to move into hotels unless they are troops in training.

Community partners such as the Red Cross have provided grants and other aid to displaced families, according to the video posted Sunday.

In the video, Rupp stressed that many amenities, such as the gym, remain open and also highlighted that the pool reopened Saturday, encouraging people to “go take a dip in the pool to get some relief from the heat.” The gym and some barracks will be affected by the Tuesday shutoff, according to the Monday Facebook post.

Rupp said in the video that the dining facility was on track to begin taking short orders Monday after figuring out how to provide sack meals over the weekend.

A virtual town hall on the situation is planned for 1 p.m. Tuesday, according to the Monday Facebook post.

The issues at Fort Hunter Liggett are the military’s latest drinking water woes. A fuel spill at the Red Hill Bulk Fuel Storage Facility in Hawaii contaminated the water at Joint Base Pearl Harbor-Hickam, sickening and displacing thousands of troops and family members late last year, while the military is still grappling with decades of water contamination at Camp Lejeune, North Carolina.