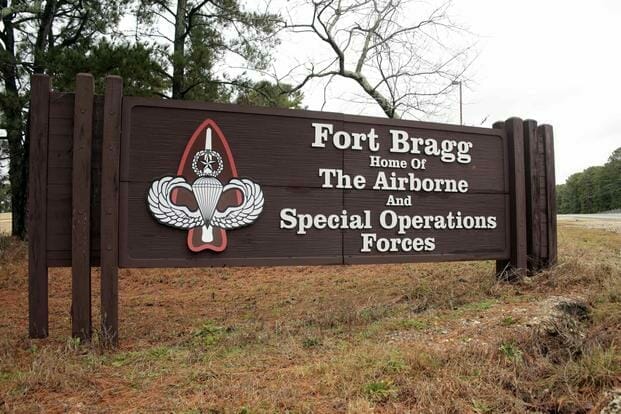 After a two-week investigation, authorities have ruled that the death of Ronald. A. Farrell, a 70-year-old Army National Guard veteran whose body was found in a burned-out shell of a vehicle smack in the middle of Fort Bragg, North Carolina’s training grounds, was accidental.

Three days before Thanksgiving, Fort Bragg military police discovered Farrell’s body near Range 74, an urban operation facility. Authorities say that it appears likely that the vehicle he was in hit an embankment and caught fire the night before his remains were found.

“Unfortunately, the driver, Ronald A. Farrell, 70, of Fayetteville, N.C., died as a result of the accident,” a Thursday Army Criminal Investigation Division press release said. “At this point in the investigation, there are no signs of foul play,” it said, adding that Farrell served in the North Carolina Army National Guard from 1975 to 1983.

Read Next: Thousands of Pharmacies Will Return to Tricare inJanuary

An obituary that appeared to be for Farrell says that he was originally from Cumberland County, North Carolina, and achieved the rank of sergeant during his time in the Guard. Army Times was first to publish the details from the obituary.

Since 2020, more than 100 soldiers have died in various circumstances near the post, according to Rolling Stone reporting from Army veteran Seth Harp and other local outlets, an abnormally high figure, although there does not appear to be a specific pattern to the deaths. A large number of those deaths have been attributed to overdoses, murders and suicides.

While Farrell’s death appears unconnected, according to authorities, the news of a burned body in the middle of an Army post brought increased attention to the high number of deaths.

The Army’s Criminal Investigation Division has come under intense scrutiny over the last few years for how it has handled its caseload, specifically in deaths like that of Spc. Vanessa Guillen at Fort Hood, Texas, and Spc. Enrique Roman-Martinez, whose head washed ashore on North Carolina’s Outer Banks two years ago. His case remains unsolved.

On Thursday, CID thanked local police, adding that “as the investigation continues, we extend our condolences to Mr. Farrell’s family. To protect the integrity of the ongoing investigation, Army CID will not release any further information at this time.”