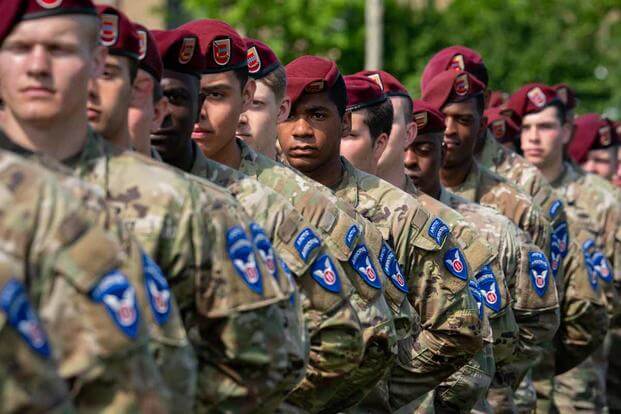 Senior Army leaders in Alaska are promising more time off for their soldiers if they stop failing drug tests and don’t get caught drinking and driving.

Maj. Gen. Brian Eifler, commander of the 11th Airborne Division, issued a set of policies in an Aug. 11 memo outlining that any company, troop or battery under his command will earn a day off if that whole formation remains DUI- and drug-free for 90 days.

Commanders across the force this year have been eyeing new ways to boost soldiers’ quality of life, with more time off a key target. Military bases in Alaska are some of the most remote installations in the Pentagon’s portfolio and have long grappled with mental health and suicide problems plaguing the rank and file.

Read Next: Sexual Assaults on Female Troops Reach Highest Level in More Than a Decade

Fort Wainwright, where most of the 11th Airborne is stationed, can see temperatures fall as low as negative-55 degrees fahrenheit in the winter. Soldiers can be isolated from their families due to time zone differences, and the long distance from most of the continental U.S. makes travel home difficult and expensive. Last year, commanders took steps to limit the sale of alcohol, ceasing on-post sales after 10 p.m.

Commanders in Alaska have lobbied to bring more mental health professionals to their bases, amid long wait times just for initial appointments. But recruiting health providers to move to Alaska has been a challenge. Units have also implemented more programs that aim to boost morale and combat mental health concerns, such as free or subsidized outdoor activities including hiking, hunting and snowboarding, as well as jiujitsu.

The services have long suffered from substance-abuse issues, particularly alcohol.

“Excessive alcohol use, especially binge and heavy drinking, represents a serious threat to force readiness across the Department of Defense,” according to a study from Sage Journals, published in February. “Though these behaviors are a matter of individual service member choice, they are influenced by perceptions of the culture of alcohol use in the military.”

The new policy also says that if a battalion remains DUI- and drug-free for 90 days, the entire formation will be granted a four-day weekend. If an entire brigade manages it, troops will get either a four-day weekend or two, three-day weekends. To qualify, those formations must be drug testing at least 10% of their troops each month.

Alaska and other formations across the Army also implemented policies for individual soldiers to earn extra leave, by having them achieve tasks such as graduating Ranger School or visiting a glacier. Service leaders are also looking into lifting alcohol restrictions in barracks, though those rules are rarely followed anyway. The change, which would allow soldiers to keep a larger supply of alcohol in their rooms, is aimed at keeping them from going out for additional booze while they’re drunk, potentially leading to DUIs.