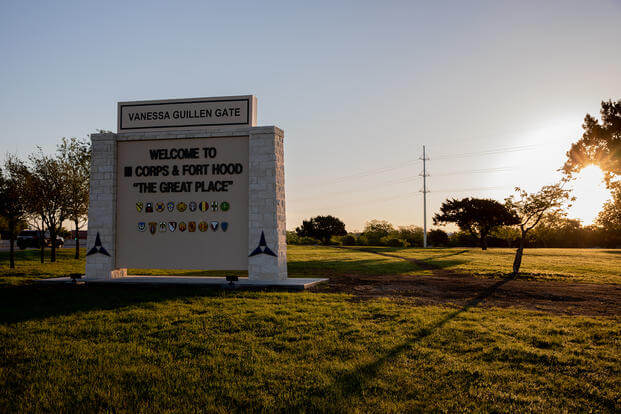 A first sergeant at Fort Hood, Texas, is making soldiers take the stairs after banning the use of elevators in the morning in a bid to keep the troops fit.

“In order to promote physical training and fitness, the elevator will not be used before 0900 Monday through Friday,” First Sgt. Avery Peoples said in a memo reviewed by Military.com dated Oct. 26. “This policy applies to personnel assigned to Dragon Troop and visitors.”

When reached by Military.com, Peoples only replied, “Don’t call me again,” and hung up.

Read Next: First Look at the VA’s New Toxic Exposure Screening All Vets Will Take When Seeing a Doctor

While Peoples’ memo says that elevators cannot be used before 9 a.m., it doesn’t note an earlier time when the use of the elevator becomes forbidden. And while the intent is presumably to promote health and fitness, soldiers are often working out in those early morning hours regardless.

Peoples likely has the authority to control how his formation navigates Army facilities. However, as a fitness effort, it’s unclear whether that will have a tangible effect on his soldier’s fitness test scores. The Army’s Holistic Health and Fitness doctrine, which outlines the Army’s philosophy on how to maintain a soldier’s physical well-being, focuses its guidance on a series of complex exercises, nutrition, sleep and mental health care. However, the 244-page set of rules makes a small note that soldiers should take stairs to “decrease sedentary time.”

The Army has also had a difficult time grappling with how to best circumvent weight gain among the rank and file. Army planners have studied body scanning technology to assess whether a soldier is overweight, but those scans find troops with much more body fat than the tape test, which is generally more forgiving.

Concerns about fitness also led the service to totally revamp the way it tests troops, with a new standard going live in October. Unlike the old test that was broadly seen as a poor measurement of fitness, only testing troops on running, sit-ups and push-ups, the new Army Combat Fitness Test, or ACFT, has a much more complex roster of exercises, including deadlifts, sprints and planks, among others.

Sergeant Major of the Army Michael Grinston, the service’s top enlisted leader, recently announced that soldiers with a 540 out of 600 score on their ACFT may soon be able to skirt around having their body weight examined. A score that high is almost a guarantee that the soldier is very fit.

Soldiers and visitors to the building at Fort Hood can presumably use the elevator if they have a documented injury that makes it difficult to use stairs. There are no exceptions listed for troops who may be moving gear, bringing in groceries or have an injury that has not yet been formally recorded.