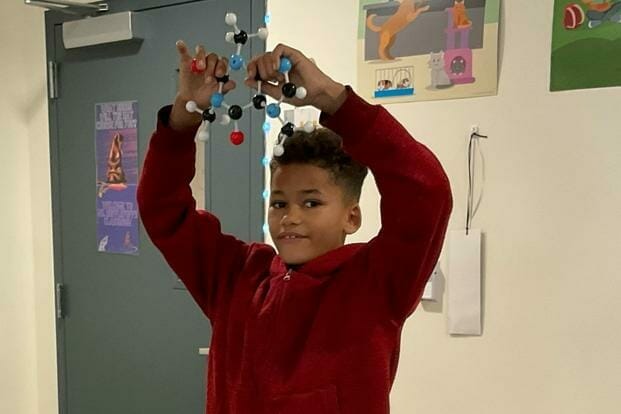 STARBASE offers hands-on science, technology, engineering and math, or STEM curriculum with 25 hours of instruction for one week for fifth grade students. Children arrive to the military post around 9:30 a.m. and stay until 2:30 p.m. After the week is over, the children graduate and a new group of students come in to begin the next week.

Various vehicle and medical simulators including a Blackhawk helicopter simulator, the New York National Guard maneuver training equipment site and the 10th Mountain Division and Fort Drum Museum are just some of the things available to STARBASE Academy.

Michael J. O’Toole said there are currently 82 STARBASE Academies nationwide. He serves as director of civil military programs in the Office of the Assistant Secretary of Defense for Manpower and Reserve Affairs.

Rep. Elise M. Stefanik, R- Schuylerville, has been a supporter of the STARBASE Academy and wrote a letter to the DOD detailing her support to bring the academy to Fort Drum.

“Programs like STARBASE are critical in creating opportunities for youth to experience STEM activities, and I am proud that Fort Drum will host this important program,” Rep. Stefanik said in a news release.

Dana M. Hanni, STARBASE program instructor, said that the overall goal of STARBASE is to connect children to STEM education.

This week, Watertown City School District had two classes at the academy each with 21 students.

Lessons were taught through PowerPoints, and then students worked on different aspects of the lessons in the laboratory that is located inside the building.

Ms. Hanni said that a student came up to her and told her that she did not want to graduate from the academy because that would mean that they wouldn’t be able to come back. She called that moment “heartwrenching.”

“But at the same time it’s like amazing because I’m thinking, ‘I am touching a kid’s life, in the short period of five days,'” she said.

There are two instructors, two teacher assistants, the homeroom teacher who comes with the students, the office managers and director Joanne M. Witt.

Children have been most excited to work in the labs as well as do experiments outside, the instructors said.

Mr. O’Toole, who owns a home in Skaneateles, Onondaga County, called having STARBASE 100 miles north of his hometown “a little bit of a homecoming.”

“To be able to come back to New York and open up our newest program really is kind of special as a Central New Yorker,” he said.

Ms. Witt, who is the former principal at the Jefferson-Lewis Board of Cooperative Educational Services’ Bohlen Technical Center in Watertown and a former English teacher at Watertown High School, said she felt that she had more to give and more that she wanted to do.

The classrooms are also equipped with Clear Touch boards, which can go flat on a table and break into quadrants. Each student has their own iPad to use for the lessons.

“Students are fully immersed in the learning to make the connections with math and science,” she said.

Ms. Witt said all students in the school districts that are involved with the program who are interested in attending can attend.

STARBASE is being offered to students in Jefferson, Lewis and St. Lawrence counties.

“Once the students come in here it’s so exciting, and they’re loud and they’re happy and they’re smiling and they leave and they’re little hands wave to us outside the window,” Ms. Witt said.

School district superintendents can reach out to the school liaison officer or talk with Ms. Witt about getting involved.

“Just knowing that you’re making a difference in the life of a kid and making education exciting for them, nothing else matters to me,” Ms. Witt said.

© Copyright 2022 Watertown Daily Times, N.Y.. All rights reserved. This material may not be published, broadcast, rewritten or redistributed.