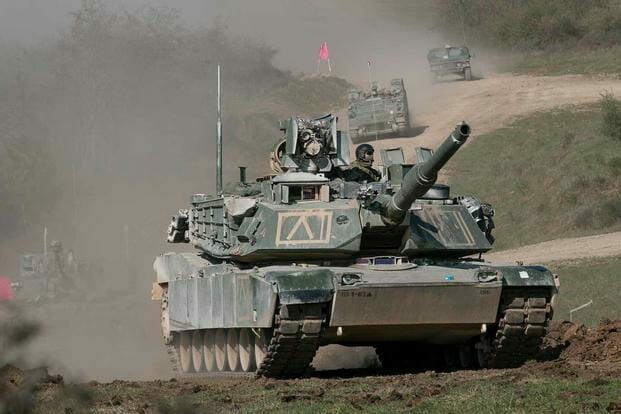 Soldiers from two brigades out of Kansas and Washington can expect to pack for the chill this fall.

While both rotations are part of regular troop movements aimed at deterring U.S. adversaries, 2nd ABCT’s jump to Europe comes amid high tensions with Russia as the Kremlin’s renewed invasion of Ukraine hits a sixth-month slog.

“I’m incredibly proud of the Dagger Brigade, and our soldiers are excited to train and build interoperability with our NATO allies and partners,” said Col. Bryan M. Harris, commander of the 2nd ABCT. “The 1st Infantry Division has a tremendous history in Europe, and the Dagger Brigade is ready to continue that legacy.”

Fort Riley troops will replace soldiers from Fort Carson, Colorado’s 3rd ABCT who have been in Europe since March. The rotation is part of Operation Atlantic Resolve, a Pentagon initiative born out of Russia’s invasion of Donbas in 2014 in an effort to support the North Atlantic Treaty Organization and deter Kremlin aggression from creeping further west.

2nd SBCT — the Lancer Brigade — will replace armored troops from Fort Bliss, Texas, in the Republic of Korea. With armored brigade combat teams flowing in and out of Europe at a rapid pace, bulking NATO support with heavier equipment, lighter units are picking up the slack for other rotations.

“By design, we are equipped to rapidly deploy around the globe to fight and win in key or restrictive terrain — hills, mountains, valleys and urban environments alongside our partner nations,” Col. Chad M. Roehrman, commander of the 2nd SBCT, said in a press release. “We are fully prepared to assume the mission from 1st ABCT, 1st Armored Division, in support of the ironclad commitment to the alliance.”

Jason Waggoner, an Army spokesperson, said in a released statement that the rotations could come as early as October. As weapons, equipment and assistance flood Ukraine from the Defense Department’s stocks, the Pentagon has maintained roughly 100,000 troops in rotation to the continent through summer following a buildup in response to the Russian invasion.

Related: Thousands of Soldiers Deployed to Europe amid Ukraine War Will Be Relieved by New Units