No Soldiers Have Been Moved Yet from Condemned, Moldy Fort Bragg Barracks 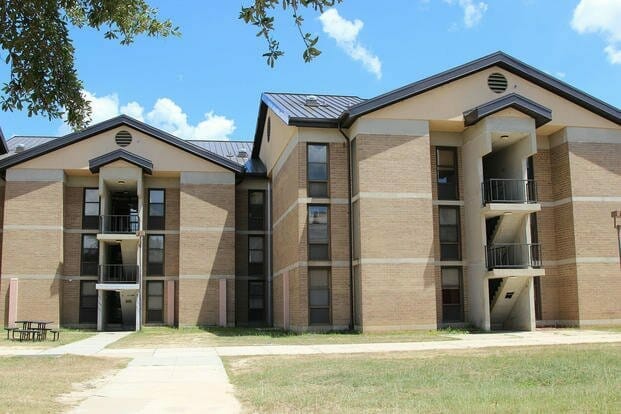 More than a thousand soldiers will be stuck in moldy barracks for weeks as officials at Fort Bragg, North Carolina, begin “assessing locations and options” for them after last week’s inspection by Sergeant Major of the Army Michael Grinston found the buildings to be unlivable.

Cheryle Rivas, a spokeswoman for the post, said that no soldiers have been moved yet, but she emphasized that the Army hopes to start within the next 30 days.

“The priority is to relocate soldiers into other barracks rooms on the installation,” Rivas said in an email to Military.com, before adding that the service is “currently in the process of accessing room availability.”

The decision to evacuate the decades-old barracks came as a surprise last week, given that it appears the issues have been known about for years. The Army said the “10 to 12 barracks” that are impacted — located in the Smoke Bomb Hill area at Fort Bragg — were built in the 1970s and “do not meet today’s HVAC standards.”

One of the most common issues caused by faulty air conditioning is mold. The problem is hardly unique to Fort Bragg; it has persisted for decades and can be found on posts throughout the country. Soldiers have previously reported developing health issues after moving into moldy living quarters, and the Centers for Disease Control and Prevention says exposure can cause a long list of conditions that range from flu-like symptoms to memory loss and lethargy.

When asked about soldiers seeking medical care stemming from the barracks conditions, Rivas said that the base has “yet to receive any complaints.”

“There is a medical expert available should soldiers have mold-related concerns or questions,” she said, adding that troops “are encouraged [to] seek medical help and notify their chain of command.”

Rivas reiterated that “the priority is to relocate soldiers into other barracks rooms on the installation that meet Army health and safety standards.” Meanwhile, “following inspections and assessments, some barracks will be renovated while the majority in the Smoke Bomb Hill area will be demolished.”