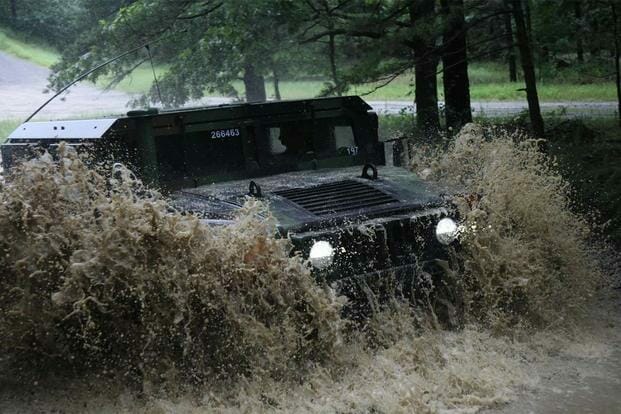 As the post-9/11 years wind down with combat fatalities dipping to levels not previously seen this millennium, a top killer of American soldiers on duty is now vehicle accidents. The Army says all fatalities in recent years have occurred when soldiers weren’t wearing seat belts or other restraints.

Last year, nine soldiers died in ground vehicle mishaps, according to a report from the service. Those numbers were slightly down from recent years, but that is likely due to lighter training schedules amid the pandemic.

Army investigators have attributed some of the accidents to sleep deprivation and soldiers not being adequately trained on tactical vehicles. One emerging issue the Army is investigating is an influx of new soldiers without civilian driving experience.

Brig. Gen. Andrew Hilmes, the service’s top safety officer, is retiring in June after three years of analyzing deadly incidents. He said there is still room for improvement on how the Army keeps its soldiers safe, but is confident in current safety measures, placing the blame for many vehicle mishaps on complacency.

It’s during routine driving or low-risk training events that soldiers are dying.

“What’s disappointing is we have a good risk management process, and leaders know how to apply it because we aren’t having incidents in [risky] situations,” Hilmes, an armor officer, told Military.com during an interview May 11. “Why does no one get hurt or killed during those events? Because everyone is engaged.”

Soldiers will often maneuver vehicles under stressful conditions, at night during a training event with weapons firing or on a tricky off-road driving course, Hilmes said. But during those dangerous events, soldiers and their leaders are usually cognizant of the hazards and make extra efforts to stay safe.

A recent string of accidents has put vehicle safety in the spotlight for the service. In April, the Army saw two back-to-back fatal incidents that killed two and injured five others.

Spc. Luis Herrera died after he was ejected from a Humvee when it overturned during a training event at Fort Bragg, North Carolina, on April 28, according to a preliminary Army incident report. Three other soldiers were also ejected from the vehicle. Herrera was an infantryman assigned to Raider Company, 2nd Battalion, 501st Parachute Infantry Regiment, 1st Brigade Combat Team, 82nd Airborne Division.

On April 25, Pfc. Joseph Marquez died while driving an M1083 MTV truck in a small convoy down a hill and losing control of the vehicle, resulting in it rolling several times, according to an early report from the Army. Two other soldiers were injured. That rollover occurred at 5:40 a.m., and it is unclear whether sleep deprivation played a role, another key factor in military vehicle incidents.

But in those and all fatal incidents in recent years, soldiers simply weren’t wearing restraints.

“In both instances, those two were ejected from the vehicle. If you’re wearing a seat belt, that isn’t going to happen,” Hilmes said. “We have not had a tactical vehicle accident where a restraint wasn’t available in four years.”

There are numerous Army safety courses, many of which boil down to PowerPoint presentations or mandatory online classes, often scoffed at by the rank and file.

Those mandatory, usually annual, online courses and presentations are part of a large Rolodex of other classroom-style trainings that are often dismissed by troops as tedious as they interrupt typical duty days. In many cases with those courses, soldiers can just click through and can easily look up answers to quizzes online.

Instead, Hilmes said the key is company-level leaders making sure soldiers are using their restraints and that they’re properly trained on the vehicles.

“Units need to enforce discipline and standards and wear your seatbelts,” Sergeant Major of the Army Michael Grinston, the service’s top enlisted leader, told Military.com on May 11.