Two soldiers connected to the unsolved 2020 mystery surrounding the decapitation of Spc. Enrique Roman-Martinez were convicted by court martial after facing charges related to conspiracy, disobeying orders and other non-violent offenses. The convictions came two years after a group of seven soldiers went camping with Roman-Martinez on Memorial Day weekend, 2020. The group reported him missing on May 23, 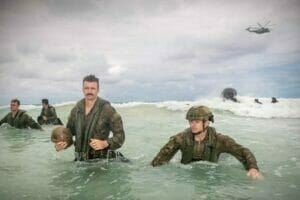 This week in the military, news broke that the Department of Veterans Affairs is contemplating providing abortions to veterans after the Supreme Court reveresed Roe v. Wade; the first active-duty service member to be sentenced for their involvement in the siege of the U.S. Capitol on Jan. 6, 2021, an Army combat engineer, was given a three-and-a-half-year prison term; a 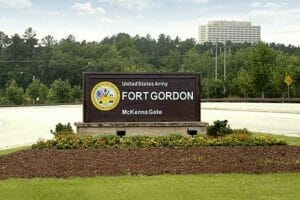 FORT GORDON, Ga. — A lightning strike at an Army post in Georgia injured 10 soldiers late Wednesday morning as a thunderstorm moved through the area, authorities said. The extent of the injuries was not immediately known. Authorities at Fort Gordon, a military base near Augusta, told news outlets the lightning strike occurred about 11:10 a.m, injuring the soldiers in 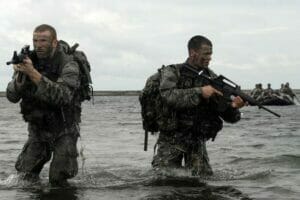 One hundred and forty New York Army National Guard soldiers assigned to the Syracuse-based 27th Infantry Brigade Combat Team deployed Friday on a mission that will take them to Germany to help train Ukrainian military personnel. According to a news release, the soldiers will replace 160 Florida Army National Guard soldiers from the 53rd Infantry Brigade Combat Team’s Task Force Gator, who are deployed in support of 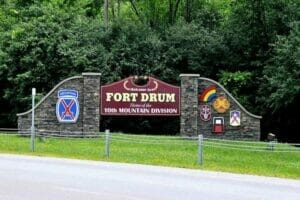 FORT DRUM — Fort Drum could be selected for a new military installation that could add another 3,000 soldiers and dozens more civilian jobs. Fort Drum is competing for the Army’s new Multi-Domain Task Force — or MDTF, a strategy to deal with the national security threat from China and Russia. Advocate Drum is organizing a letter-writing campaign in support of Fort Drum getting the MDTF. David J. Zembiec, Advocate 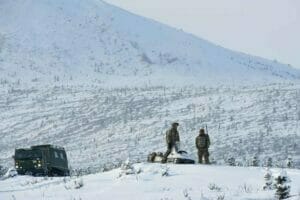 Pay Bumps to Counter Suicides in Alaska and on Ships in Yard ‘Unnecessary,’ According to White House

The Biden administration is coming out against a House plan to give extra pay to soldiers in the Arctic and sailors aboard ships undergoing major construction, arguing the law already allows for stipends in special situations. The proposals for Arctic pay and complex overhaul pay, approved by the House Armed Services Committee last month, were spurred by waves of suicides 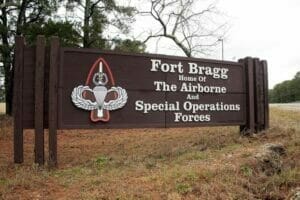 A group of Fort Bragg soldiers have become unlikely celebrities after video surfaced of them singing the Motown hit “My Girl” while waiting to jump out of a helicopter. The two-and-a-half-minute performance was first posted on TikTok, where it racked up more than 514,000 views as of July 12. It then showed up July 5 on Facebook, where views had reached 3 million. It shows the soldiers erupted 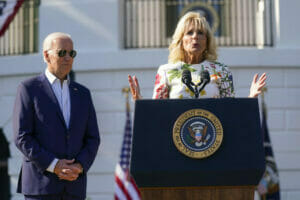 WASHINGTON (AP) — A retired three-star Army general has been suspended from his duties as an adviser to active-duty officers, an Army spokeswoman said Saturday. The suspension followed reports that his social media account carried a comment critical of first lady Jill Biden. Retired Lt. Gen. Gary Volesky was serving as an HQE-SM, a highly qualified expert-senior mentor, when he 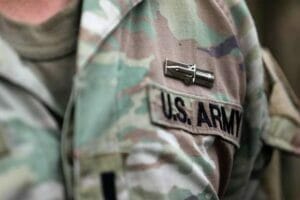 2,000 Expert Soldier Badges Have Been Awarded in 3 Years. But Do Non-Combat Units Want It?

The Army has awarded the Expert Soldier Badge 2,000 times since it was introduced in 2019, according to service data reviewed by Military.com. Yet senior leaders might face an uphill battle selling the necessity of non-combat arms troops conducting what is effectively an infantry test. The 2,000 Expert Soldier Badges, or ESBs, have been awarded to a pool of roughly