2 Fast Response Cutters Will Homeport at New Coast Guard Base 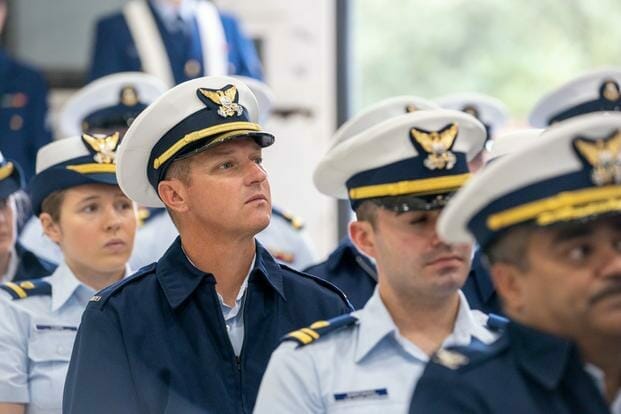 WARRENTON — The U.S. Coast Guard has established a new base.

The base, at Sector Columbia River’s facility at the Astoria Regional Airport in Warrenton, will provide operational logistics support for units across the 13th District’s footprint in Oregon and southern Washington state, as well as the facility at Tongue Point.

While the sector previously managed its own mission support, the new structure allows the base to handle duties related to administration, medical, shoreside logistics, facilities maintenance, shipping and receiving and more.

“A base and a base detachment exists so those people — those operators, those ships, those air stations can focus on executing operations,” Hickey said.

The conversion to a base has taken place at several Coast Guard units across the country in order to enhance mission support.

Todd Wimmer, a commander, has assumed leadership of the new unit. Wimmer served as chief of facilities at a Coast Guard training facility in Petaluma, California, for several years.

The base’s establishment comes before the anticipated arrival of two fast response cutters, which will begin being homeported in Astoria in the summer of 2024.

“Leading up to that, there is a significant amount of planning, leadership, mission support, operational coordination to make those arrivals happen and make those cutters fully capable here in Astoria at Tongue Point,” Wimmer said.

While the base has a total contingent of 92 people, Hickey said, the number is expected to rise in order to support the arrival of the cutters.

“In short, Base Astoria has a massive amount of responsibility and is absolutely essential to (Pacific) Area and (District) 13 executing its missions,” Hickey said.

© Copyright 2022 Tribune News Service. All rights reserved. This material may not be published, broadcast, rewritten or redistributed.