34 Years: Coast Guard Raises the Limit on How Long Senior Enlisted Can Serve 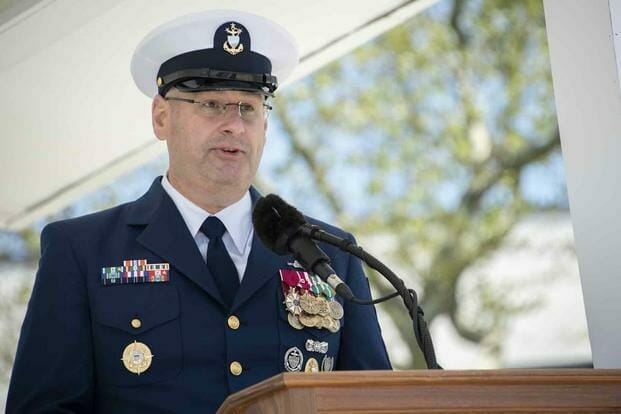 The Coast Guard is set to allow its top enlisted personnel to stay in the service for up to 34 years, part of a plan to retain talent and institutional knowledge.

Mandatory retirement at 30 years has been the norm for enlisted personnel across the military branches and in the Coast Guard, with a maximum age of service of 62. For officers, time in service and the maximum retirement age is set aside if the member has achieved flag rank and continues to be promoted, although nearly all must retire by age 64.

Read Next: ‘Stick Around, We Need You’: The Navy’s Top Officer Opens Up About His Worry Over Suicide

Jones said the allowance will retain talent and accommodate skilled leaders who are dedicated and motivated but aren’t gunning to attain his rank and position.

“Our old system led to every single Coast Guard person that left the academy wanting to be commandant and every single person that left the Training Center Cape May wanting to be master chief petty officer of the Coast Guard,” Jones said. “We need clear paths for those people, if that is their career goal. [But] we need a barrier-free path for the people [who] that’s not their job … their ultimate goal is to serve the organization in a different manner.”

Jones said that, while recruitment remains a challenge, the service historically has experienced high retention. The changes, he said, are meant to ward off future issues.

“Our fundamental approach is to get ahead of those things. When someone’s sitting down, talking to their support network, making a decision, ‘Do I stay or do I go?’ Those intangibles will be stacked in favor of the Coast Guard,” Jones said.

Details have yet to be announced on how the increase to maximum service time will be implemented, but it is part of Coast Guard Commandant Adm. Linda Fagan’s shift in the service’s workforce management system.

When she became commandant last year, Fagan pledged to prioritize talent management and has made numerous changes to attract recruits and retain members.

In October, the service announced that it had suspended to Jan. 1, 2025, its high-year tenure policy that required enlisted members to leave if they hadn’t been promoted within a certain period — known colloquially as up or out.

In November, the Coast Guard raised its maximum enlisted age to 42 and changed some of the officer accession ages.

It began allowing single parents to enlist with a waiver if they had an approved dependent care plan, and it modified the rules on debt-to-income ratio requirements for joining.

Previously, officers could have debt up to 80% of their income while enlisted personnel were capped at a 30% ratio. Under the new rule, all potential members can have an 80% debt-to-income ratio, with those having unsecured debt of 50% of pay and allowances required to enroll in a financial management program.

Related: US Coast Guard Gives ‘Round of Appaws’ for Rescue of Dog that Fell Through Ice