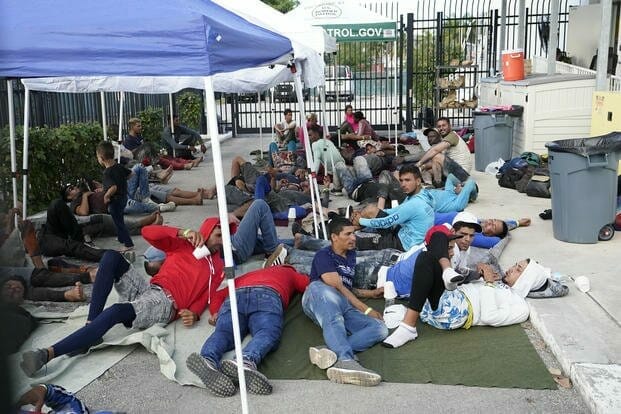 Hundreds of Cuban migrants who were stranded on remote islands off a Florida Keys national park for almost a week were shipped to Key West Thursday.

Earlier this week, another 90 migrants were taken from the Dry Tortugas park and transferred to Key West.

Between the two groups, 427 Cuban migrants have landed at Dry Tortugas National Park since the New Year’s holiday weekend, the Coast Guard said.

Since Christmas, migrant landings in the Keys have increased significantly, with as many as five to 10 landings a day. Most of the migrants are coming from Cuba, where an economic crisis and increased repression have led to the jump in migrant arrivals.

Since Oct. 1, more than 4,000 Cubans have been stopped at sea by the U.S. Coast Guard, a number that is on par to outpace the number that arrived during the 2020-21 fiscal year. Nearly 225,000 Cubans arrived in the United States in 2022, an exodus that surpasses the migrant waves during the 1980 Mariel boatlift. At that time, 125,000 Cuban migrants arrived in Florida.

In addition, some migrants are coming from Haiti. On Tuesday, 130 Haitian migrants arrived in Key Largo on an overloaded sailboat. Increased gang violence and political instability have been fueling the Haitians’ departure.

© Copyright 2023 Miami Herald. All rights reserved. This material may not be published, broadcast, rewritten or redistributed.