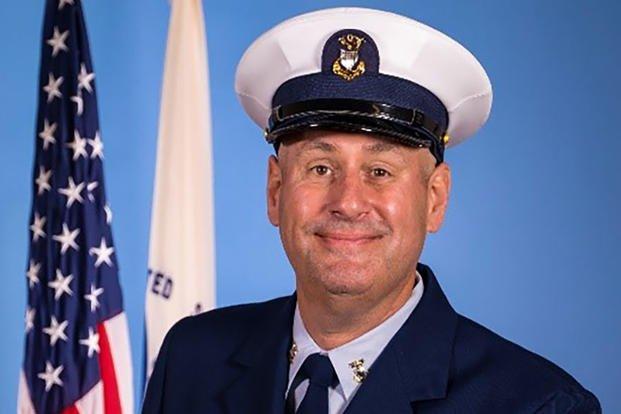 Officials announced Thursday that Jones will take over for Master Chief Petty Officer of the Coast Guard Jason Vanderhaden in a ceremony scheduled for May 19 at the Training Center Cape May, New Jersey.

Jones currently serves as command master chief for the Coast Guard’s Deputy Commandant for Mission Support. In his new position, Jones will again serve as the senior enlisted adviser to Adm. Linda Fagan, nominated earlier this week as the Coast Guard’s 27th commandant. If confirmed, Fagan would be the first woman ever to lead a branch of the U.S. armed forces.

Jones’ promotion will take place 27 years to the month since the Covington, Louisiana, native arrived at Coast Guard boot camp. He brings to the post extensive seamanship and leadership experience, having served as officer in charge of Coast Guard stations Cape Charles, Virginia, and Pensacola, Florida, as well as the Coast Guard patrol boat Sea Horse and icebreaking harbor tug Bollard.

Vanderhaden is expected to retire after 34 years of service.

A native of Lawrenceburg, Indiana, Beard enlisted in the Army in 1984 and in the Coast Guard Reserve in 1998, serving largely on the West Coast, including Port Security Unit 313 in Tacoma, Washington; Group Astoria in Oregon; and on the Columbia River.

A law enforcement officer by education and training, Beard recently retired from his civilian job as a patrol sergeant with the Clackamas County Sheriff’s Office in Oregon, where he held positions as the department’s SWAT team sniper leader, field training officer and dive team supervisor.