Coast Guard Sidelines Cutter Commander After Mishap on Board 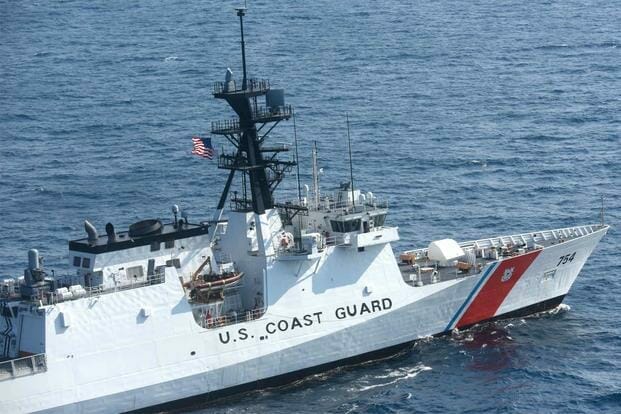 The Coast Guard has relieved the commander of the National Security Cutter James while the service investigates an undisclosed incident that occurred on board.

Capt. Marc Brandt was relieved Aug. 26 and temporarily reassigned to Coast Guard Atlantic Area in Portsmouth following a mishap in which “no personnel were injured,” according to a press release published Friday. The service did not provide further details.

The reason given for the relief was that the service no longer had confidence in Brandt’s ability to command.

“Vice Adm. Kevin Lunday, commander of Coast Guard Atlantic Area, effected the relief due to a loss of confidence,” the release noted.

Brandt, a 1998 graduate of the U.S. Coast Guard Academy from Exeter, California, has spent much of his career on cutters, previously commanding the patrol boat Stingray and the Medium Endurance Cutter Northland, and serving as executive officer of four cutters, including the National Security Cutter Stratton.

He also served as an exchange officer with the U.S. Navy, earning his surface warfare officer qualifications on the guided-missile cruiser Antietam. He was deployed on that ship while it served as part of the Carl Vinson Strike Group in the Arabian Sea following the Sept. 11, 2001, terrorist attacks.

Capt. John Driscoll was appointed temporary commanding officer of the James while the investigation is underway, according to the Coast Guard.

The James is homeported in Charleston, South Carolina. Commissioned in 2015, it is one of the service’s largest ships, with a crew of 148 service members. The 418-foot Legend-class vessels, of which there are nine, participate in maritime search and rescue, counter-drug operations, fisheries enforcement and national security missions that include Navy operations and foreign training.