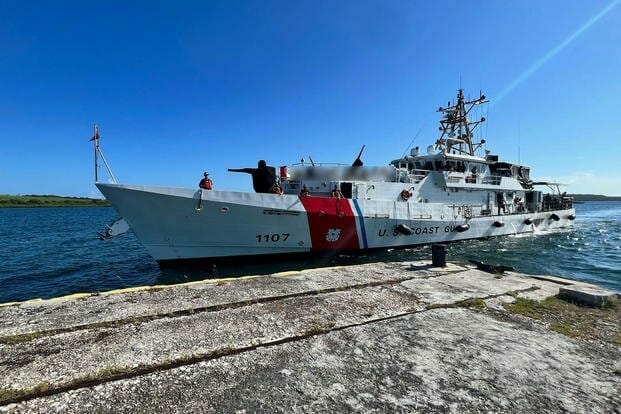 Residents of a shantytown in a coastal area near Havana clashed last week with police officers who were looking for makeshift rafts, one of two recent violent confrontations involving the country’s security forces as authorities appear to be ramping up efforts to curb the number of Cubans fleeing to the United States by sea.

In a separate incident, the Cuban coast guard reportedly detained two U.S. residents who attempted to pick up Cuban nationals on a speed boat near La Coloma in Pinar del Río province on Monday. Citing some town residents, activists said Cuban officers opened fire at the boat, but two Facebook accounts linked to the government denied the confrontation. The Miami Herald could not independently confirm the events.

The number of Cubans attempting to reach U.S. shores has dramatically increased in recent weeks as the population struggles with a devalued peso, food shortages and daily blackouts. Since Aug. 27, 219 Cubans have landed in Florida and were taken into custody, according to information provided by Walter N. Slosar, the U.S. Border Patrol’s Miami Sector chief agent, on Twitter. The U.S. Coast Guard returned another 85 to Cuba on Wednesday.

Responding to the increase in migration from Cuba and Haiti, the Task Force Southeast, an inter-agency group led by the U.S. Department of Homeland Security, announced last week it was “increasing patrols and enforcement by land, air and sea” in the Caribbean. The task force, comprising several agencies, including the Defense Department and the Coast Guard, was created in 2003 to respond to large numbers of migrants trying to reach U.S. shores.

“The U.S. Border Patrol Miami Sector is committed to working alongside our federal, state, and local law enforcement partners in a whole-of-government effort to prepare for and address any potential increases in irregular maritime migration or border security threats in Florida,” said Slosar, who is also the task force’s deputy director.

Many more Cubans are arriving by land through the U.S.- Mexico border — 177,848 between last October and July — making this the largest migration from Cuba since the early 1960s. Experts and activists suspect the island’s authorities cut a deal with the government of Nicaragua to let Cuban nationals travel to the Central American country without visas, effectively turning Nicaragua “into a launching pad for mass migration” to the U.S., said Kelly M. Greenhill, an associate professor of political science in Tufts University in an event organized by the Cuban Research Institute at Florida International University last month.

Greenhill, the author of the book ”Weapons of Mass Migration: Forced Displacement, Coercion, and Foreign Policy,” argues that the Cuban government has a well established pattern of using migration to coerce the United States into the negotiating table and force changes in U.S. foreign policy.

But Greenhill says that unlike other migration crises during the time Fidel Castro was in power, this time the Biden administration is paying attention and has already engaged in talks with Cuban authorities, “so Cuba’s incentives to engage in outright strategic crisis generation by weaponizing migration might be diminished.”

While state media has largely ignored the current exodus, Cuban authorities have recently been looking to stop what they called “illegal departures.”

Several videos published on social media show police and special troops officers beating and trying to arrest residents of Cepen, a shantytown in Baracoa beach, east of Havana. According to accounts by residents and independent media reports, the police broke into several homes looking for makeshift vessels. Residents said women and children were hurt, and the agents used dogs to crack down on those trying to leave.

“The repression being experienced in this area is already something that we cannot live with,” one of the residents told independent news outlet ADN Cuba.

Videos also show the moment a resident tried to appeal to police, Communist Party and military officials who were present, desperately pleading to be allowed to leave the island, stating many of the reasons Cubans are fleeing the impoverished country.

“We don’t care if we leave on a sail [boat], on a tank or an inner tire tube,” he said. “You should build a monument to the balseros.”