Lancha Operator Admits Trying to Flee from US Coast Guard 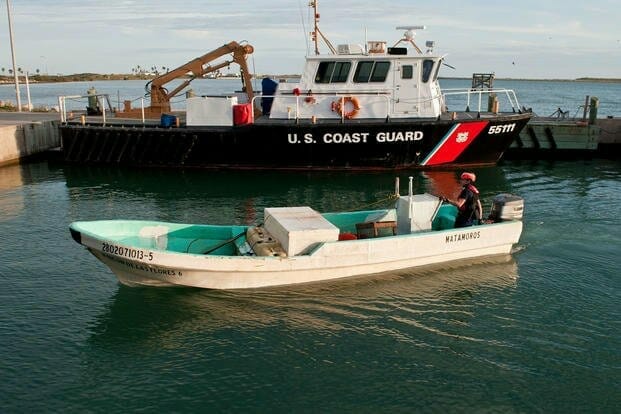 A 15-minute pursuit between the U.S. Coast Guard and a Mexican fishing vessel, also known as a lancha, ended with the boat operator being taken into custody and charged.

According to a federal criminal complaint, Eder Tadeo-Perez told authorities he did not stop the lancha because he thought he could make it back home. He had been suspected of illegally fishing in U.S. waters.

Tadeo-Perez appeared Monday before U.S. Magistrate Judge Ronald G. Morgan who ordered him held without bond. His next court appearance is scheduled for Sept. 21.

The federal criminal complaint states that on Sept. 9, a U.S. Coast Guard vessel tried to stop a Mexican fishing vessel suspected of illegally fishing in Texas/ U.S. waters. Although members of the Coast Guard activated the lights and sirens on their vessel and “hailed out for the lancha to stop, the lancha fled and a pursuit continued for approximately 15 minutes with the lancha conducting evasive maneuvering in an attempt to flee for the Coast Guard vessel.”

The lancha stopped north of the maritime line in U.S. waters and this is where the Coast Guard was able to take control of the vessel and its crew, the federal criminal complaint states.

During an interview with federal authorities, Tadeo-Perez admitted to knowing he was being chased and “took full responsibility for operating the vessel and disregarding the commands of the United States Coast Guard to stop the lancha,” the federal complaint stated.

© Copyright 2022 Brownsville Herald (TX). All rights reserved. This material may not be published, broadcast, rewritten or redistributed.