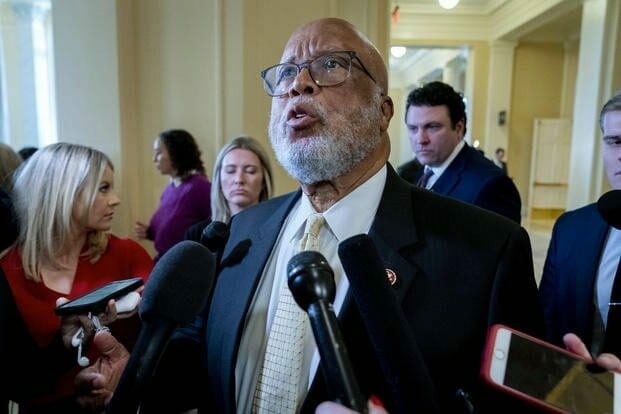 The Coast Guard’s handling of a sexual assault allegation at its Training Center Cape May, New Jersey, in 2018 has lawmakers questioning the service’s commitment to investigating such crimes.

Coast Guard recruit Ke’ha Maldonado entered basic training in September 2018 but was not able to graduate as a result of “acculturation difficulties,” according to the Coast Guard. The day before he was scheduled to depart, he filed a sexual assault report, alleging he had been attacked in a barracks shower just weeks into training.

Maldonado, a former Sea Scout quartermaster who had been actively recruited by the service, said during an interview with Military.com that his poor performance was related to that incident, as well as another violent assault that occurred in the barracks and that he did not get the support he needed, nor the response required by law to his allegations.

Read Next: From Hormones to Horses: How Veterans Are Finally Getting Help for Brain Injuries

An 18-month investigation by the House Homeland Security Committee confirmed that the Coast Guard failed to follow required procedures after Maldonado filed an unrestricted report that should have sparked a complete investigation into the charges and kept him in the service while the review was underway.

In a letter to Coast Guard Commandant Adm. Linda Fagan on Dec. 16, committee Chairman Bennie Thompson, D-Miss., said the service failed to submit a Sexual Assault Incident Report form within 72 hours as required, discharged Maldonado without proving appropriate trauma care and knew about the inappropriate behavior, having “allowed it to perpetuate.”

As evidence, Thompson cited a February 2019 memo on the case from the Training Center Cape May staff judge advocate to then-commanding officer Capt. Owen Gibbons that said there “seemed to be a general awareness of inappropriate behavior in the shower by members in the regimental hold element,” referring to the unit that oversees recruits waiting to join a later class or pending dismissal.

“Unfortunately, [Maldonado’s] case and others like it reinforce the perception that the Coast Guard does not take sexual assault seriously or enforce meaningful accountability for those in the chain of command who are responsible for protecting service members,” Thompson said in a press release accompanying the letter. “There continues to be a reluctance from the Coast Guard to express remorse to victims, even in cases with clear-cut violations of policy such as those seen in this case.”

The Coast Guard did not respond to a request for comment on Thompson’s letter by publication.

In her confirmation hearing in April, Fagan told the Senate Commerce, Science and Transportation Committee that she is committed to eradicating sexual assault in the service.

“It erodes readiness, it’s a crime and it does not have any place in the Coast Guard. It’s inconsistent with our core values,” Fagan said.

The Coast Guard has come under fire in the past for its handling of sexual assault and harassment allegations. The service was sued last year by a former Coast Guard Academy cadet over his dismissal from the school, charging that his removal eight days before graduation was in retaliation for him reporting an alleged assault on him in his dorm room.

Thompson requested that Fagan review the committee’s findings and recommendations, to include conducting a review of the climate and safety at the Cape May training center and reviewing the personnel needs of the Sexual Assault Prevention and Response program.

Maldonado, who filed for whistleblower protection, said he went public about the incident to ensure that the Coast Guard protects future recruits at Cape May. He added that his immediate superiors “did right” by him, but leadership needs to be held accountable.

“The people on the bottom were compassionate and did the best they could. This was all the medical command and the command that completely screwed everything up,” Maldonado said.