Military.com’s Top 10 Photos of the Year 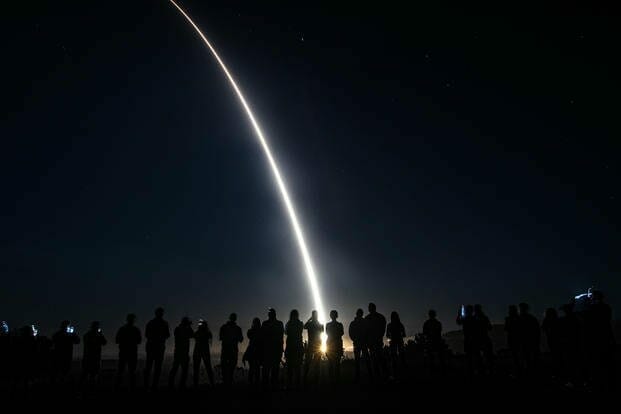 A sailor holds up his child for the first time after deploying on the USS Pearl Harbor for seven months. (Mass Communication Specialist 3rd Class Melvin Fatimehin/U.S. Navy photo)

A U.S. airman inspects supplies bound for Ukraine during Russia’s renewed invasion into the country this year. Since 2014, the United States has sent roughly $22.1 billion in security assistance to the country, 87% of which has been committed since late February when Russia initiated its latest invasion. (Staff Sgt. Marco A. Gomez/U.S. Air Force photo)

An M1A2 Abrams fires a 120mm round at a target during the 2022 Sullivan Cup, a competition held at Fort Benning, Georgia, that puts the best tank crews across the country — and even around the world — to the test. (Spc. Joshua Taeckens/U.S. Army photo)