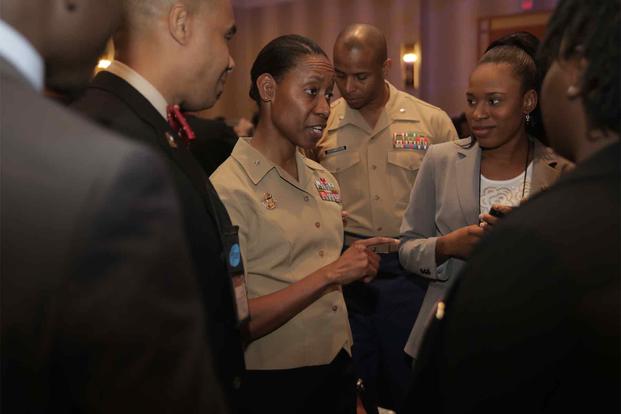 The Marine Corps now has a Black female two-star general — a historic first for the branch and another major achievement for women and minorities in the military this year.

Maj. Gen. Lorna Mahlock was confirmed for promotion by the Senate on Dec. 15 after President Joe Biden nominated Mahlock earlier this month. She currently serves at the National Security Agency as the deputy director of cybersecurity for combat support.

Mahlock’s confirmation caps off a notable year as the higher reaches of the services become more open and diverse. Women have taken command of units for the first time and made advances in aviation and submarining in 2022, while the Marine Corps promoted the highest-ranking Black officer in its history.

Read Next: Army Announces Plan to Give Some Retirees More Time to Transition Out of the Military

Rob Joyce, the NSA’s director of cybersecurity, hailed Mahlock’s promotion, calling the Marine “an awesome leader” and a “great partner” in a tweet Friday.

This is also not the first time Mahlock has made history. In 2018, she became the first Black woman in the Corps to achieve the one-star rank of brigadier general, and she was the first woman to serve as the Marine Corps’ chief information officer.

Mahlock’s career with the Marines began just months after she arrived in the U.S. from Jamaica in 1985 as a 17-year-old, according to a biography from her alma mater, Marquette University. Mahlock went from being an enlisted Marine to an officer specializing in air traffic control in 1991.

It’s been a notable year for similar achievements.

In August, Capt. Amy Bauernschmidt became the first female commanding officer to complete the deployment of a U.S. aircraft carrier when the USS Abraham Lincoln returned to Naval Air Station North Island after a seven-month deployment in the Pacific.

In August, the Navy announced that it had selected its first woman to serve as the top enlisted sailor on a submarine. Master Chief Information Systems Technician (Submarine) Angela Koogler joined the USS Louisiana as its chief of the boat.

The same month that Bauernschmidt was returning from the Pacific, Gen. Michael Langley became the first Black Marine officer to achieve the top four-star rank of general.

His promotion meant that the Corps — which is 247 years old — was no longer one of the only branches without a Black service member to reach its highest rank. The newly formed Space Force, which is only two years old, has not yet promoted a Black Guardian into a top-level position.

Related: The First Woman in the Marines’ Silent Drill Platoon and the Family History That Led to Her New Command