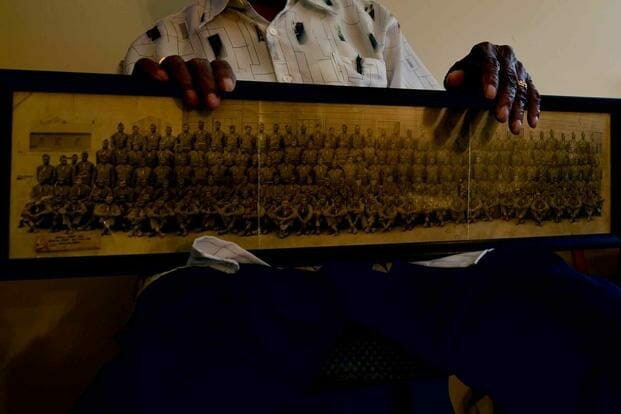 The Department of Veterans Affairs has discriminated against Black veterans for years, disproportionately denying disability claims applications compared with those filed by white veterans, a lawsuit filed Monday in U.S. District Court claims.

Conley Monk Jr., a Vietnam veteran who served in the Marine Corps, alleges that the VA improperly denied his claims for disability benefits, housing assistance and education benefits for decades before reversing course in December 2020.

And although the VA eventually granted his claims, Monk obtained records through the Freedom of Information Act that he, attorneys and advocates say showed a “statistically significant difference” in VA claims decisions for Black veterans compared with white veterans, resulting in discrimination that dates back decades.

Read Next: Sailor Who Helped Subdue Colorado Nightclub Shooter ‘Wanted to Save the Family I Found’

“This lawsuit records the shameful history of racism by the Department of Veterans Affairs and seeks to redress long-standing impropriety and inaction reverberating across generations of Black military service,” said Richard Brookshire, CEO of the Black Veterans Project, during a press conference Monday announcing the suit.

The suit is based on VA data indicating that from 2002 to 2020, nearly 30% of disability claims filed by Black veterans were denied when compared with a 24.2% rejection rate for claims filed by white veterans.

“I feel that we need to be compensated and receive some form of reparations. My lawsuit also is going to lead the charge for other veterans. That’s what’s really important to me,” said Monk, who founded the National Veterans Council for Legal Redress, which advocates for veterans seeking upgrades to military discharges and supports those who need employment, benefits and shelter.

In response to a request for comment, VA Press Secretary Terrence Hayes did not specifically address Monk’s lawsuit but said historically, Black veterans have been “wrongly left … without access to VA care and benefits” as a result of past discrimination.

“Secretary [Denis] McDonough has made clear that delivering world-class, timely, equitable care and benefits to all Veterans is our top priority at VA,” Hayes said. “We are actively working to right these wrongs, and we will stop at nothing to ensure that all Black Veterans get the VA services they have earned and deserve.”

Monk is represented by the Veterans Legal Services Clinic at Yale Law School, which filed the suit under the Federal Tort Claims Act. Monk also filed a $1 million administrative claim on behalf of his father, Conley Monk Sr., a World War II veteran whom the junior Monk said was unfairly denied disability compensation for a medical condition he developed while serving.

“When you’re on the battlefield with your brother or your sister, you bleed the same color. And each and every one of us know that we have to get each other’s back, or our world would look a lot different,” said Garry Monk, Conley Monk’s brother and an Air Force veteran.

Conley Monk Jr. served from 1968 to 1970, a period in which he deployed to Vietnam, coming under fire and witnessing horrifying events that contributed to the development of post-traumatic stress disorder, according to the suit.

After the war, he frequently got into trouble with his unit and was punitively discharged. His application for disability benefits was denied until 2015; in 2020, his discharge was upgraded, and compensation, including full benefits, was awarded.

Advocates say the failure of VA to approve worthy claims has deprived Black veterans and their families the financial support they earned and the opportunity to advance through education and employment.

“Black veterans are denied benefits at a very significantly disproportionate rate,” Blumenthal said. “That’s no accident. We know the results. We want to know the reason why.”