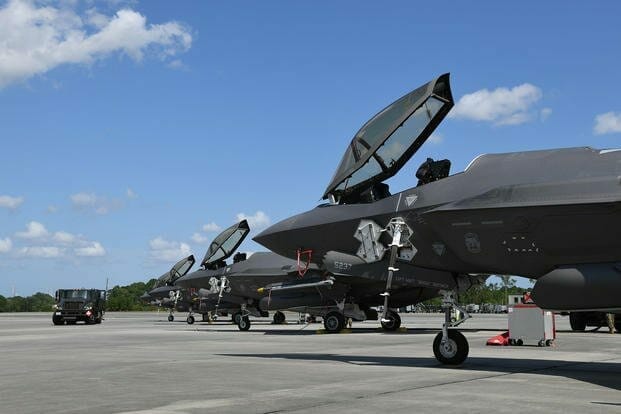 WASHINGTON — A U.S. House Appropriations subcommittee said it will not move forward in closing a military facility in Savannah that has been the subject of an intense lobbying effort by Georgia’s congressional delegation.

Closure of the Combat Readiness Training Center in Savannah was part of the proposed budget President Joe Biden put forward in March. U.S. Rep. Buddy Carter, the Republican whose district includes the facility, said Monday that the Appropriations Subcommittee on Defense has issued a report saying it has denied that request.

“This is a major win for the First District, our military service members, and national security,” Carter said in a press release announcing the subcommittee report. “The fight is not over, but this proves what Georgians already knew: the Savannah CRTC is an indispensable piece of the Air Force’s fighter pilot training.”

The White House recommended closing the one in Savannah, which would reduce the Air National Guard’s 165th Airlift Wing’s presence there by about 5%, or 121 people. The administration said closure would allow the Defense Department to save money by eliminating what was perceived as a redundant operation without any unique capabilities compared with the three others.

But the president merely makes recommendations. It is up to Congress to pass annual appropriations legislation that determines how the government spends its money. While Carter praised the report, he said he would keep working to ensure nothing changes as the appropriations process continues.

The Pooler Republican was joined by others in the effort to save the training center, including U.S. Sen. Raphael Warnock, a Savannah native; U.S. Sen. Jon Ossoff; U.S. Rep. Austin Scott, who serves on the Armed Services Committee; and U.S. Rep. Sanford Bishop, the only Georgia lawmaker on the Appropriations Committee.

Warnock already had plans to visit the training center on Friday to speak about a decision he believes is “bad for Savannah and bad for our national security.” Calling the Biden proposal “misguided,” he said he will continue to work to ensure no cuts move forward.

© Copyright 2022 The Atlanta Journal-Constitution. All rights reserved. This material may not be published, broadcast, rewritten or redistributed.