How One Marine Survived His Time with the Manson Family 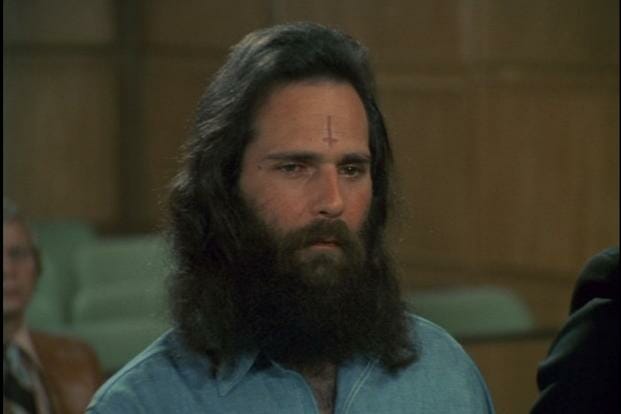 Marine Corps veteran Mark Ross managed to scratch out a living in Hollywood over the last 50-plus years of his life, working in small character parts in movies and television. Before he died in May 2022, he did an interview with the Hollywood Reporter and shared the details of his life with the Charles Manson Family and how he escaped from Manson’s influence.

Ross was born into a wealthy family that lived in the exclusive enclave of Brentwood in west Los Angeles. Inspired by President John F. Kennedy’s “ask what you can do for your country” speech and the fact that his own family members were killed in Nazi concentration camps during World War II, Ross enlisted in the Marine Corps.

He never saw duty in Vietnam during his service and was based at Marine Corps Air Station El Toro in Orange County near Los Angeles. He says he took advantage of the military’s commuted rations policy to pay for an apartment in Westwood during his service, living with a girlfriend and making the nearly two-hour drive to El Toro when he was on duty.

After he completed his Marine Corps service, Ross was living in Venice in 1969 when he encountered two young women panhandling for change. He told them he didn’t have any cash, but that they were welcome to crash at his house. Susan Phyllis Bartell and Madeline Joan Cottage were members of a group they called The Family, led by ex-con Charles Manson.

Several Family members were living with him that fall when John Philip Haught died in the house in November 1969. The police called it a suicide by Russian roulette, but Ross wondered if it could’ve been murder when he later learned that his new friends had been behind the Tate-LaBianca murders the previous August.

Ross then moved to Spahn Ranch with the Family members and began to visit Manson in prison. The cult leader had been arrested on grand theft auto charges in October. “Charlie and I got along well from the second we saw each other, we really did,” he told the Hollywood Reporter.

After Manson and several Family members were indicted for the August 1969 murders, Ross used his van (nicknamed “The Great White Whale”) to chauffeur supporters from Spahn Ranch to the courthouse each day.

Ross began to figure out just what kind of people he was dealing with when he woke up one morning to find his beloved van gutted by fire. No one had an explanation for what happened. When someone from the group asked him to assassinate prosecutor Vincent Bugliosi and Judge Charles Older (a Marine veteran of both WWII and the Korean War), Ross decided it was time to split. “All the scales from my eyes fell,” he said to the Hollywood Reporter. “I’m going, ‘Wait a minute. They want me to kill these people?’ That was the end-all, be-all. Goodbye, yeah. I didn’t last a day past that.”

Even though he’d moved away from the Manson Family, he decided there should be a documentary that showed what the group was really like and introduced the Family to Robert Hendrickson and Laurence Merrick, the filmmakers behind “Manson.”

The finished film was nominated for a Best Documentary Oscar, but Ross was unhappy with the finished result. “Everything was sensationalized,” Ross said to the Hollywood Reporter. “The whole idea of making a movie was to give these people humanity, and it gave them none. It was 180 degrees from what I had in mind.”

Ross says he drifted to India, Afghanistan, Laos and Thailand for a couple of years before landing back in Los Angeles. He then promptly got involved with The Source Family, a cult led by a man going by the name Father Yod who was actually a Marine Corps WWII veteran named James Baker.

Baker and his crew had rock bands and ran The Source on Sunset Boulevard, a popular vegetarian restaurant perhaps best remembered for the scene in “Annie Hall” where Woody Allen orders a plate of mashed yeast. While this cult never took on a murder spree, it was weird enought to inspire its own compelling documentary feature.

While involved with Father Yod, Mark Ross changed his name to Aesop T. Aquarian (the “T” stands for “the”), but left the group when he started working in Hollywood. Ross appeared on the comedy game show “The Gong Show,” playing “The World’s Shortest Cowboy Song.” He made a brief but memorable appearance in the 1976 version of “A Star Is Born” as the recording engineer in the scene where Barbra Streisand sings a jingle for a cat food commercial.

Ross/Aquarian’s biggest moment came in 1977 during season two of the hugely popular cop show “Starsky and Hutch,” where he played a cult leader called Simon Marcus in the episode called “Bloodbath.” Marcus is on trial for murder when Starsky disappears. Did Simon’s people take him hostage?

Between acting gigs, Aquarian supported himself making jewelry that had a tiny spoon on one end, pieces that were very popular during the cocaine era in Hollywood. Over the decades, he also made appearances on “Power Rangers,” “Iron Man 3,” “Pirates of the Caribbean: At World’s End,” “You Don’t Mess with the Zohan” and “The Ballad of Buster Scruggs.”

Ross may not have had a typical post-military career, but at least his Corps training gave him the tools and sense to bail on the Manson Family when they asked him to kill a fellow Marine. Semper fi, Aesop.