Is the Marine Corps Becoming Irrelevant? 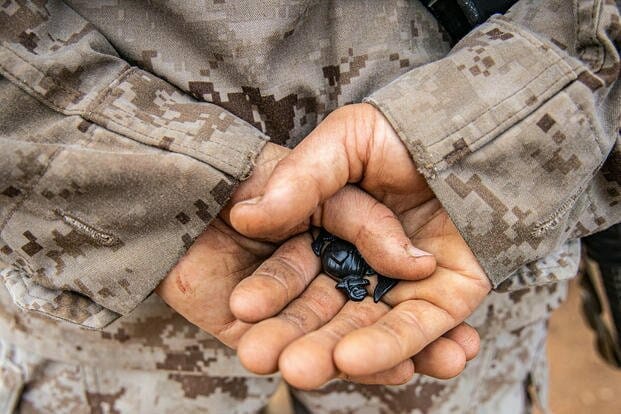 “First to fight,” “Force in readiness,” “Most ready when the nation is least ready”: These are all mottos that the Marine Corps has used at one time or another in its nearly two and a half centuries of existence. Marines have tried hard to live up to those promises, and presidents have counted on Marine Corps to deliver in a pinch when fast-breaking crises have arisen.

That is how the Corps has survived since its birth as what amounted to a small group of shipboard military police during the American Revolution. Recent developments within the service have raised questions as to whether it will be the force of choice when an unexpected need for rapid military response anywhere in the world occurs in the future.

For the first time in its storied history, the Marine Corps has given up capabilities that might be needed worldwide to gain new equipment to specialize for a potential war with China. Those lost assets include tanks, a large portion of the Corps’ artillery, heavy engineer equipment, reduced infantry battalions and many helicopters.

The sacrifice of that kit poses two major problems. First, those discarded capabilities might be needed if the next flare-up does not occur in East Asia. Second, the Corps hasn’t gotten the new capabilities it sought, the payoff to justify the sacrifice.

Of all the military services, the Marine Corps has the greatest reputation for being paranoid. But even paranoids have enemies, and the Corps has had many over the centuries. Not all have been foreign. When the age of sail ended and shipboard police and boarding parties were no longer needed, some Navy officers advocated an end to the Corps. Marines responded by organizing landing parties to seize and defend coaling stations required in the age of steam. After World War I, some in the Army lobbied to absorb the Marine Corps, arguing that the nation did not need two land armies. Realizing that a coming war with Japan would require amphibious operations, Marines responded by developing a doctrine and equipment for modern landings against defended beaches.

At the dawn of the Atomic Era, many Americans believed that conventional land and amphibious operations were no longer needed. President Harry Truman was among them, and he advocated returning the Marine Corps to the role of the Navy’s military police. The Marines kept their powder dry, and their equipment maintained. That attitude was justified when the Korean War broke out. Truman was forced to relent.

After heavy Marine Corps ground involvement in Vietnam, the second ground army argument resurfaced. The Corps responded by partnering with the Navy to preposition cargo ships in areas of potential heavy combat with tanks, artillery, heavy engineer equipment and other combat vehicles for rapid early deployment in likely areas of conflict. That investment paid off in spades when Saddam Hussein invaded Iraq in 1990. In 2001, the Marines were able to assist in the overthrow of the Taliban in Afghanistan because they had developed the capability to launch and sustain sea-based helicopters from hundreds of miles away.

It should be noted that, during each challenge to the existence of the Marine Corps, it never discarded capabilities. Innovations were always additive. That is why so many retired Marines — and secretly, many active-duty ones — are so worried about the commandant’s Force Design 2030 initiative, which is well underway.

In implementing Force Design 2030, Gen. David Berger, the current Marine Corps commandant, has consulted with the secretary of defense. Apparently, however, Berger did not coordinate with the combatant commanders who now control military operations in the major theaters worldwide.

Before the Goldwater-Nichols military reform legislation of the 1980s, the president, via the defense secretary, appointed a commander to manage a crisis and then assigned forces to that commander. Today, however, the combatant commanders plan and coordinate for potential crises in their assigned regions. The service chiefs vie to demonstrate capabilities in those theaters. Despite recent developments in Ukraine, the combatant commanders in the Middle East and Europe will want heavy combat equipment, which the Marine Corps no longer has.

Berger has bet the farm that the next big war will be against China. If he is right, and the Corps contributes significantly, he will be a hero. If he is wrong and the next conflict occurs elsewhere, the Marine Corps faces irrelevance.

Berger’s ideas on sensor-to-shooter technologies, increased use of robotics and information operations are visionary and should be commended. In the 1990s, I was a senior member of the Marine Corps’ experimentation establishment, and Berger was a midgrade staff officer. We hoped to leverage emerging technologies and field lighter, more lethal forces in situations where they were appropriate. However, I also believed that situations such as counterinsurgency and urban combat would still require conventional capabilities.

We could always organize small forces for high-tech combat if needed from larger existing formations, but that is no longer an option under Berger’s plan. The Corps cannot afford to ever tell a combatant commander, “Sorry, we don’t do windows.”