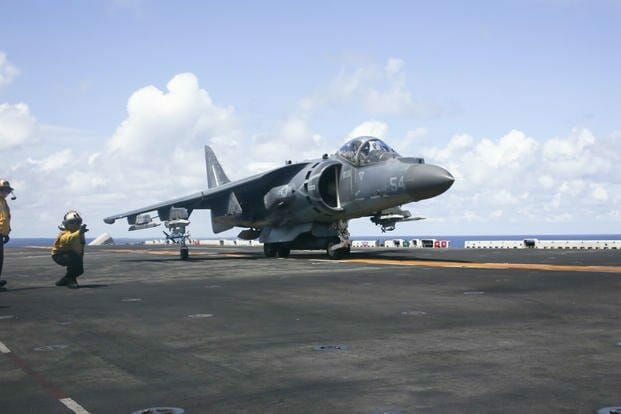 SYDNEY — The U.S has accused a former military pilot of illegally training Chinese military pilots, and is trying to extradite him from Australia.

But the pilot’s lawyer says his client has been unfairly singled out because of the current geopolitical struggle between the U.S. and China.

Pilot Daniel Duggan, 54, has been held in an Australian jail since his October arrest. Duggan’s lawyer Dennis Miralis said outside a Sydney courtroom Tuesday that Duggan denies the allegations and will continue to fight the extradition process at every step.

Australia’s Attorney-General Mark Dreyfus last month approved the U.S. extradition request. But before the extradition can proceed, a judge must first determine whether Duggan is eligible for extradition under Australian law.

Miralis said the U.S. Department of Defense had acknowledged there were other people helping foreign militaries but that the U.S. and Australia had singled out Duggan for extradition.

“We are concerned that this does highlight the political nature of what’s occurring here,” Miralis told reporters.

A 2016 indictment from the U.S. District Court in Washington, D.C., was recently unsealed. In it, prosecutors say Duggan was an officer in the U.S. Marine Corps and a naval aviator. They say Duggan conspired with others to provide training to Chinese military pilots in 2010 and 2012, and possibly at other times, without applying for an appropriate license.

Prosecutors say Duggan received about nine payments totaling about 88,000 Australian dollars ($61,000) and international travel from another conspirator for what was sometimes described as “Personal Development Training.”

The indictment says Duggan traveled to the U.S., China and South Africa, and provided some training to Chinese pilots in South Africa.

Miralis said his client faced inhumane and unacceptable living conditions at the Silverwater Correctional Complex, where he was being held with convicted felons and was designated an extreme high-risk inmate.

“Mr. Duggan remains under extraordinary stress as a result of the current restrictions,” Miralis said.

He said Duggan hadn’t been able to see his six children since he was taken into custody three months ago.

Duggan said in his LinkedIn profile that in 2017 he became general manager of AVIBIZ Limited, “a comprehensive consultancy company with a focus on the fast growing and dynamic Chinese Aviation Industry.” AVIBIZ is based in Qingdao, a city in eastern Shandong province.

Duggan said he spent 13 years in the U.S. Marine Corps until 2002. He became an AV-8B Harrier fighter pilot and an instructor pilot during his service.

He lived in Australia from 2005 to 2014, founding and becoming chief pilot of Top Gun Tasmania, a business based in Tasmania state that offered joy flights in a British military jet trainer BAC Jet Provost, and a Chinese military propeller-driven trainer CJ-6A Nanchang.

He moved to Beijing in 2014. It is not clear whether he continued to live in China or what he was doing in Australia when he was arrested.

The U.S. has had an extradition treaty with Australia since 1976.