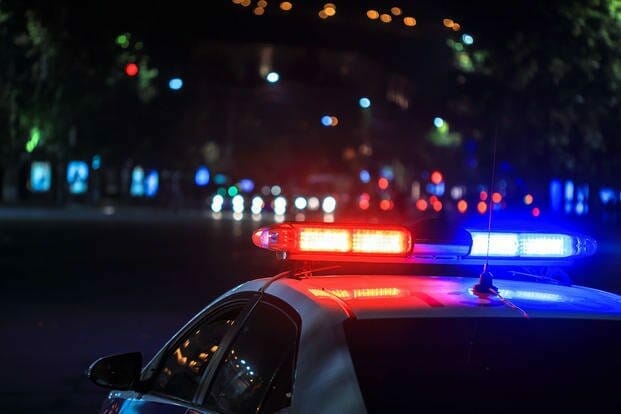 According to court records, 24-year-old Steven Robinson is charged with one count of child seduction, a Level 5 felony; two counts of Level 6 possession of child pornography and one misdemeanor count of false informing.

Jeffersonville police said in the probable cause affidavit they were called to a hotel on Aug. 16 where they found Robinson and a minor engaging in sexual activity. Officers said at first they had determined it was consensual, but were tipped off that Robinson might be a USMC recruiter.

When asked if he was a USMC recruiter, or involved with any branches of the U.S. military, Robinson said no. Officers allowed Robinson and the minor, along with the guardians, to leave the scene, according to the affidavit.

A Jeffersonville police detective said they received a call from officers on scene who told them Robinson was a Marine recruiter in the office where the minor attends training, which Detective J. Herring wrote qualifies for the child seduction charge under Indiana law.

Officers went to the Clarksville recruitment office and located Robinson.

They confiscated his electronic devices and asked a judge for a search warrant to investigate them.

According to the probable cause affidavit, the Department of Children’s Services determined that Robinson used common tactics to groom the minor.

Officers also searched Robinson’s cell and said they found evidence that Robinson used his position of authority as a recruiter over the minor. They also noted that he didn’t use his USMC-issued cell phone but instead his personal cell phone to contact various high school students.

Robinson was in court Wednesday and court records indicate he entered his cash bond that day. He’s due back in court later this month.

(c)2022 The Evening News and The Tribune (Jeffersonville, Ind.)

Visit The Evening News and The Tribune (Jeffersonville, Ind.) at newsandtribune.com

© Copyright 2022 The Evening News and the Tribune, Jeffersonville, Ind.. All rights reserved. This material may not be published, broadcast, rewritten or redistributed.