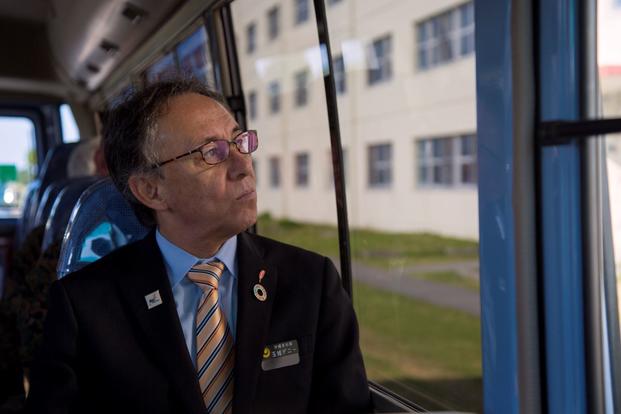 TOKYO (AP) — Okinawa’s incumbent governor who opposes an ongoing U.S. Marine base relocation forced by Japan’s central government and calls for a further reduction of American troops on the southern island secured his reelection on Sunday despite concerns of escalating tensions between China and nearby Taiwan.

Okinawa Gov. Denny Tamaki, who is backed by opposition parties, was certain to win his second four-year term, according to exit polls by major Japanese media, including NHK national television and Kyodo News agency. Polls were held Sunday before his first four-year term is to end later this month.

Tamaki’s victory could deepen tensions between Okinawa and the central government.

The plan to move U.S. Marine Corps Air Station Futenma from a crowded neighborhood to a less populated area on the island has already been delayed for years. Okinawans call it a new construction rather than a relocation and want the Futenma base closed down and removed from the island.

“My commitment to resolve the U.S. military base problem for the future of Okinawa has never been shaken,” Tamaki said. He said he will continue his endeavor to convey Okinawan’s will to the central government.

During the campaign, Tamaki also vowed to do more to improve Okinawa’s economy. Tourism on the semi-tropical island known for its corals, marine life and unique culture was badly hurt by the pandemic.

Resentment and frustration run deep in Okinawa because of the heavy U.S. presence and Tokyo’s lack of efforts to negotiate with Washington over how to balance the burden of hosting U.S. troops between mainland Japan and the southern island group.

Okinawa, where one of the bloodiest battles in the World War II was fought, was under American occupation until it returned to Japan’s control in 1972. Today, a majority of the 50,000 U.S. troops based in Japan under a bilateral security pact and 70% of U.S. military facilities are still in Okinawa, which accounts for only 0.6% of Japanese land.

Because of the U.S. bases, Okinawa struggled with noise, pollution, accidents and crime related to American troops, Tamaki said.

Japan’s government has in recent years shifted the nation’s defense posture to southwestern Japan, Okinawa and its remote islands and is pushing to significantly bolster Japan’s military capability and budget over the next five to 10 years, citing growing threats from China, North Korea and Russia.

Many in Okinawa are worried about the growing deployment of Japanese missile defenses and amphibious capabilities on outer islands that are close to geopolitical hot spots like Taiwan, the self-ruled island that China claims as its own and has threatened to use force to annex it if necessary. Okinawan people fear that they will be the first to be embroiled in a conflict over Taiwan.

The Futenma base relocation plan developed after the 1995 rape of a Okinawan schoolgirl, in which three U.S. servicemen were convicted. The case reignited local opposition to the U.S. bases. The relocation has been delayed for years due to Okinawa’s resistance as well as environmental and structural issues in the Henoko area, where the new base in supposed to be set up. 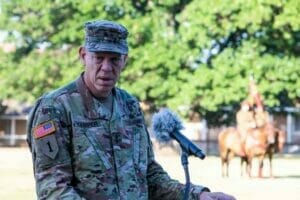 The commanding general of Fort Sill, Oklahoma, was temporarily suspended from duty Friday as part of an investigation into allegations of repeated violations of hunting rules on base, according to multiple sources with direct knowledge of the situation. Maj. Gen. 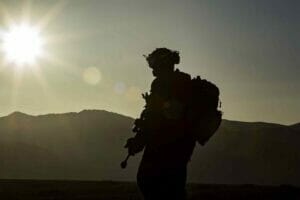 After a Marine’s Death, This Veteran Nonprofit Made Sure His Kids Could Stay in School

Keep up with Coffee or Die Magazine‘s complete coverage of the Triple 7 Expedition’s world-record attempt to skydive on all seven continents in seven days while raising money for Folds of Honor, a nonprofit organization supporting Gold Star families. As with most other 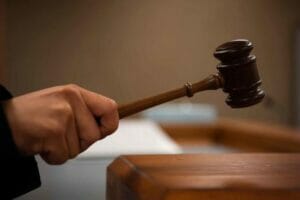 SAN DIEGO — A former U.S. Navy captain who was caught up in a massive contracting scandal was sentenced Thursday to 2 1/2 years in federal prison for taking nearly $91,000 in bribes. Retired Capt. David Haas also was ordered 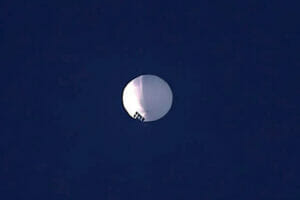 China: Balloon Over US Skies Is for Research, Wind Pushed It

BEIJING — China said Friday that a balloon spotted over American airspace was used for weather research and was blown off course, despite U.S. suspicion it was spying. The discovery further strained already tense relations between Beijing and Washington. The