This Week’s Top Military Photos: Show Me Your War Face 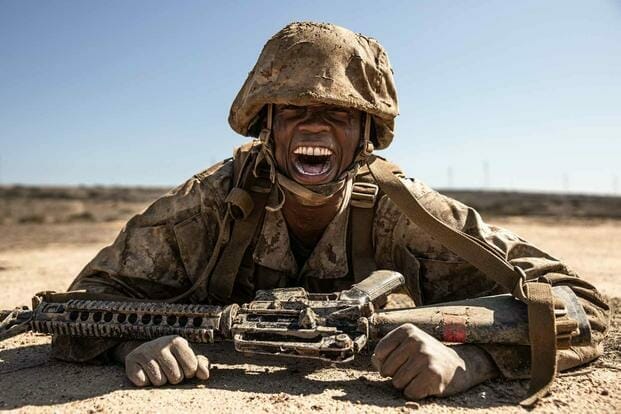 This week in the military, the Pentagon announced service members needing abortions will get travel allowances and leave following the Supreme Court’s summer decision to reverse Roe v. Wade; tens of thousands of veterans may have their care delayed due to technical issues in the Department of Veterans Affairs’ health records system; and NFL quarterback Tom Brady apologized after comparing his football career to military deployments.

ICYMI: Episode 7 of Fire Watch: The Army of Families Caring for America’s Wounded Vets. Tune in wherever you get your podcasts.

Related: Marines Put Amphibious Combat Vehicles Back into the Ocean After Safety Stand-Down

Marines fire an M777 howitzer during a training exercise at Fort Bragg, North Carolina. The M777 howitzer has been one of many key pieces of equipment sent to Ukraine from the U.S. amid Russia’s renewed invasion into the country. (U.S. Marine Corps photo by Cpl. Michael Virtue)