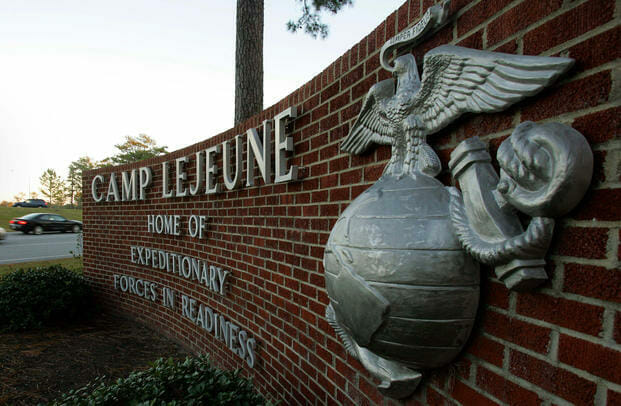 The Department of Veterans Affairs mishandled nearly 40% of all disability claims filed for exposure to contaminated water at Camp Lejeune, North Carolina, denying or delaying benefits for more than 21,000 affected veterans, the department’s top watchdog has found.

Of 57,500 claims filed since 2017 for illnesses related to water contamination at the base that spanned more than 30 years, the VA denied 17,200 “prematurely” instead of asking for additional information, according to a report released Thursday by the VA Office of Inspector General.

Claims filed by another 2,300 veterans were assigned incorrect dates, denying them nearly $14 million in retroactive payments, the inspector general found. A total of 1,500 claims were denied for other technical and procedural errors.

Read Next: Prosecutors Ask for 17-Year Jail Sentence for Vet Who Assaulted a Cop with Marine Corps Flag on Jan. 6

According to the report, the mistakes occurred mainly at regional offices, which had a 40% error rate, much higher than the central processing center in Louisville, Kentucky, which incorrectly processed just 8% of all Camp Lejeune claims it received.

Service members and their families who lived or worked at Camp Lejeune from 1953 through 1987 were exposed to a host of volatile organic compounds such as benzene, vinyl chloride and tetrachloroethylene — the result of industrial contamination from base operations and illegal dumping by a dry cleaning facility located in neighboring Jacksonville, North Carolina.

More than 1 million people were exposed to the chemicals, which can cause various cancers, infertility, miscarriages and death. VA officials in 2017 listed eight specific illnesses as presumed to be related to the water, allowing affected veterans to receive health care and expedited disability compensation.

Veterans with diagnoses not included in the list but who served at Lejeune during the time frame also can file claims, although they must prove that their illness was tied to service at the base.

In its report, the VA Inspector General’s Office recommended that the department consolidate Camp Lejeune claims adjudication to the Louisville office and closely monitor any decisions at regional offices.

The VA mainly agreed with the recommendations, saying it would improve quality oversight and, if that did not help, it would centralize Camp Lejeune claims processing.

The number of Camp Lejeune claims has risen in the past seven years from 1% to 63%.

While only affected veterans or their survivors can file claims through the VA for compensation, a provision in the Promise to Address Comprehensive Toxics, or PACT, Act, which became law Aug. 10, allows victims to sue the government for injuries related to exposure at Camp Lejeune.

Now, people like retired Marine Corps Master Sgt. Jerry Ensminger can sue for civil damages — in Ensminger’s case, over the death of his daughter Janey who died in 1985 at age 9 of leukemia.

Ensminger devoted the past 15 years fighting for passage of the Camp Lejeune Justice Act to ensure that non-veteran victims would be eligible for compensation from the government.

He wrote in an opinion piece published Aug. 10 in Military Times that the law finally acknowledges the loss of his daughter, “along with hundreds of deceased babies and countless others suffering debilitating health complications.”

“All victims of this exposure deserve their day in court for compensation and to fight to ensure that this never happens again to any other military community,” Ensminger wrote.